Egypt – Get Me Out of There!


The media is full of stories of Egyptian chaos and crowds camped out at Cairo Airport trying to get out of the country. Is there any other way out? 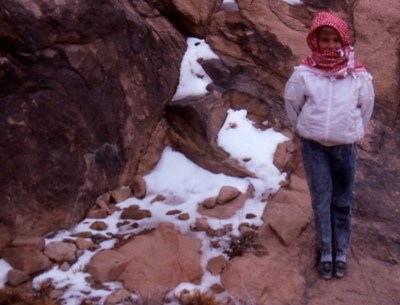 On my first trip to Egypt – and admittedly that was a long time ago – I walked across the border from Eilat in Israel to Taba on the Sinai Peninsula. From there Maureen, our two (small) children and I travelled by bus and service taxi down to St Katharine’s Monastery, Dahab (backpacker central on the Red Sea coast) and Sharm-El Sheikh, the major tourist resort right at the southern point of the Sinai Peninsula. From there another bus took us to Suez and on to Cairo. 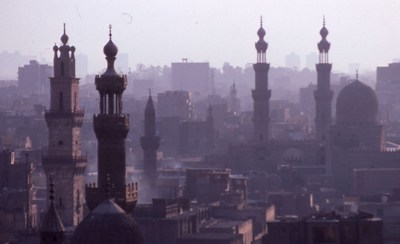 I can’t find any information about what’s happening with the Sinai crossing at the moment. The Thorn Tree discussion on the Egypt situation does mention that at Hurghada (a Red Sea coast resort on the Africa side of the Red Sea) it’s life as normal. The situation seems similar at Sharm El-Sheikh, people are even going out scuba diving. It’s assumed Mubarak is holed up in Sharm El-Sheikh and as a result there are road blocks all across the Sinai. The Israelis, concerned about terrorists or refugees crossing the border, are said to have increased their vigilance at the Taba-Eilat crossing point. Suez has been a flashpoint for the demonstrations right from the start and as a result there are heavy road blocks into and out of the town.

In normal circumstances it’s a 6 to 7 hour bus trip from Cairo across the Sinai to Taba. It’s also possible to take a ferry from Nuweiba, about half way between Taba and Dahab on the Red Sea Coast, across to Aqaba in Jordan, but that’s always been an unreliable service. There’s also been a little Thorn Tree discussion on Dahab and Nuweiba. 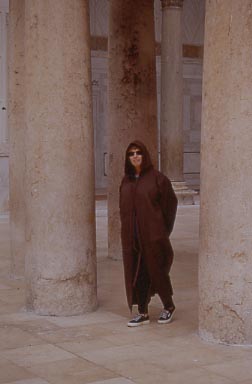 Getting out of a country at surface level must be a family tradition. My father was in Damascus in Syria when things got hot in Egypt in 1956. He escaped to Beirut in Lebanon in a taxi.

◄ Maureen in the Umayyad Mosque in Damascus

And a final thought, looking at those tanks lined up amongst the protesters in Cairo’s Tahrir Square. After Israel, Egypt is the biggest destination for US foreign aid but, as with Israel, most of it got spent on military equipment. What for? To stop the Israelis using their US military equipment to invade? Or just to keep the population in line?