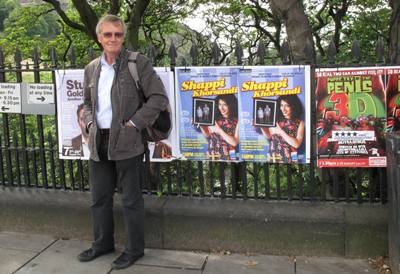 It’s festival time in Edinburgh so I took the train up to Scotland and spent a couple of days catching festival events – mainly comedy. There are literally thousands of performances during the festival (it concludes on 29 August). They include plenty of free events, you could spend the whole day shuttling from one free event to another.

My favourites during my short visit were Dave Gorman’s ‘Power Point Presentation’ (he’s quite a big name in British comedy), Kerry Godliman’s Wonder Woman (a smaller audience event), Shappi Khorshandi (the popular English-Iranian comedian), the wonderfully off-the-wall performance by The Three Englishman (there are four of them) and The Hermitude of Angus, Ecstatic (like Shappi I’ve also seen Vachel Spirason at the Melbourne Comedy Festival in Australia). 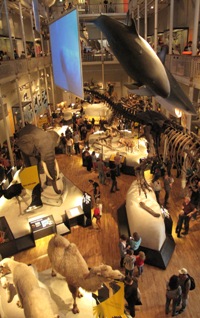 In between the festival events there was time for a look around the Scottish National Gallery and the National Museum of Scotland, which has just had a total revamp. The fine old Victorian museum building was extensively restored updated and the exhibits displayed in a much more modern fashion. It’s a fascinating place, you could spend a lot of time just on the stuffed animals!

◄ The animal hall in the revamped National Museum of Scotland