I’m chairing the panel of judges for the 2012 Dolman Travel Book of the Year Award, the annual award for the best British travel book. Currently I’m working through the entries with my fellow judges Sarah Spankie of Conde Nast Traveller magazine, Susie Dowdall the Books Editor of the Daily Mail, Chris Moss who used to be travel and books editor of Time Out and Rachel Polonsky who won the 2011 Dolman Award for her book Molotov’s Magic.

We’ll draw up a short list in June and after we’ve all read the short list titles the winner will be announced at Hatchard’s Bookshop on Piccadilly on Wednesday 5 September. So far I’ve read four of the entrants, starting with Extreme Rambling, Mark Thomas’s account of walking the barrier wall between Israel and Palestine. I did my own little bit of wall walking when I was in those countries last December. Since then I’ve read three more Dolman entries: 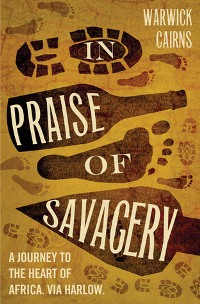 In Praise of Savagery by Warwick Cairns recounts his meetings with Wilfred Thesiger and juxtaposes Thesiger’s account of his 1930s African wandering with the author’s more recent (and less pioneering) trek in the region. 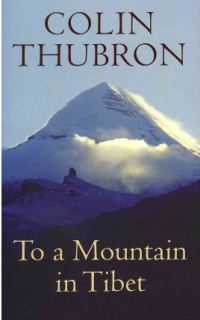 To a Mountain in Tibet by Colin Thubron follows the author’s trek through Nepal to the border with Tibet followed by a visit to the holy Lake Manasarovar and a circuit of Mt Kailash. I walked the same route from Simikot in western Nepal in 1998. According to the Tibetans walking a circuit of Mt Kailash wipes out all the sins of your lifetime. Unfortunately your current lifetime only. Colin and I will both be talking at the Immrama Festival of Travel Writing in Lismore, Ireland from 7 to 10 June. 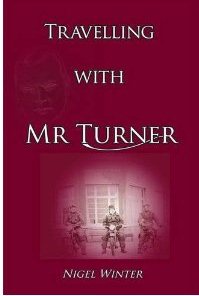 Travelling with Mr Turner by Nigel C Winter follows the route of Edward Turner, who managed Triumph Motorcycles for many years, as he rides from Lands End (the extreme south-west tip of England) up to John O’Groats (the north-east tip of Scotland). Mr Turner made the ride in 1953 on a 150cc Triumph Terrier, Mr Winter follows more than five decades later on a 900cc Triumph Thunderbird.

En route he reminisces about how much better things often were in 1950s Britain and the rise and fall of Triumph and the British motorcycle industry. In what sometimes feels like a previous lifetime I was an engineer and worked for a couple of years in the British car industry, just down the road in Coventry from the Triumph factory. Cars and motorcycles it was all falling apart at the same time and sadly it was the same tale of inept management, bolshy workers and misguided government interference.