It’s my final batch of books from the long list for the Dolman Travel Book of the Year Award. I’m chairing the panel of judges and we’ll pick the winner at Hatchards Bookshop on Piccadilly in London on 5 September. Click here for the 1st, 2nd, 3rd, 4th and 5th batches of books. We’ll announce the short list in the next few days. 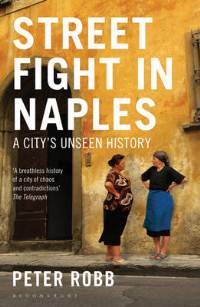 Peter Robb’s Street Fight in Naples traces the city’s story through its art, he has a wonderful skill at conjuring up a painting in words and I now know at least something about a lot of artists I’d never previously heard of. I’d like to have found out a little more about Naples in recent years, through World War II and the post war years in particular. Today the city is something of a byword for city failure Italian style, but I’ve enjoyed my brief visits to the place. In 2006 I was pleasantly surprised at how many Lonely Planet fans lived in Naples.

Jennifer Egan’s A Visit from the Goon Squad, a novel I really enjoyed last year, had a short sad interlude in Naples. There’s some sort of link from there to Ned Beaumann’s The Teleportation Accident, which features in the just-released Booker Prize long list. I’ll have to read it. 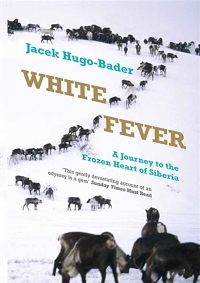 White Fever, Polish author Jacek Hugo-Bader’s ‘Journey to the Frozen Heart of Siberia’ started and finished fine, but 31 pages into his journey we diverted off-piste for the next 264 pages before finally getting back on track for the last 25 pages. So 56 pages were indeed that journey to Siberia, the rest of the book trekked around Moscow talking to hippies and drug addicts, devoted 19 pages to an interview with Mr Kalashnikov of the well known favourite weapon of arms dealers and other assorted slime, 40 pages to the USSR’s cavalier attitude towards nuclear testing and Soviet citizens’ safety, 58 pages to religions, shamans and a self-declared Russian Christ and 50 pages to drunks, white fever and doomed reindeer herders. Yes Russia – and Siberia even worse – is not a happy place. No surprise there.

Mr Hugo-Bader drives east in what he calls a Lazhik, which you won’t find in any list of Russian cars because really it’s that ubiquitous Russian 4WD a UAZ. Travelling around Mongolia a few years ago the group I was with had six of them. Each of them, I noted in my diary, ‘rough and tatty and nasty looking. Like old British motorcycles they’ll keep running for ever, as long as you keep fixing them, but meanwhile nothing works very well.’ 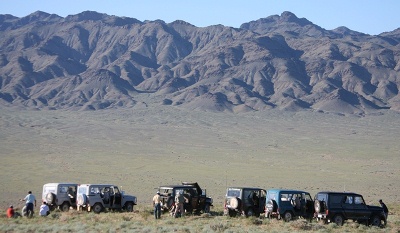 They were numbered but we had names for each of them. There was Eartha Kitt (after the sultry singer, for its leopardskin seat covers), 101 Dalmatians (polka dot seat covers), White Room (white seat covers, white paint), Big Blue (blue), GI Joe (olive drab) and the Pimpmobile (the newest one, black, even blacked out windows at the start, but that seemed to peel off bit by bit). Every one of them seemed to have a door that would not open (particularly Eartha Kitt). Or a door that would not close (particularly Big Blue), you drove down the road with the door repeatedly swinging open and repeatedly being slammed shut. Or they wouldn’t start (GI Joe).