This is my 5th, and almost final, batch of Dolman Award books, we’re working our way towards the ‘short list’ from which we’ll pick the winner at Hatchards Bookshop on Piccadilly in London on 5 September. Click here for the 1st, 2nd, 3rd and 4th batches of books. 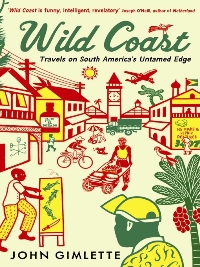 Wild Coast by John Gimlette takes us down that little known north-east corner of South America – the Guianas. I’ve never set foot in any of them and my prior knowledge of them could be summed up in three short paragraphs.

Guyana – the westernmost of the trio and the former British colony – was where madman and mass murderer Jim Jones drank the Kool Aid and 918 people died. Today there’s nothing much to see in Jonestown, the cult leader’s headquarters.

French Guiana – the easternmost of the trio – still is a colony and today it’s the place where the French launch their Ariane satellite rockets. This was also where the French had their terrible island prison camps, inspiration for the book and the movie Papillon. 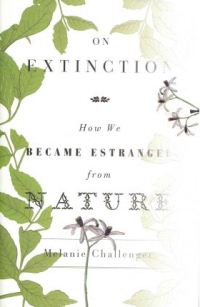 On Extinction is rather more somber, Melanie Challenger ponders ‘How We Became Estranged from Nature’ and how that disconnect is leading us astray Along the way she explores the tin mines of Cornwall (gone in the face of more efficient mining elsewhere), the abandoned Norwegian whaling stations of South Georgia (gone when the whales were hunted to near extinction), mission stations in the Falkland Islands (no more Fuegians from Tierra del Fuego to convert) and the Inuit settlements of Arctic Canada (their traditional ways disappearing as fast as the ice).