And now my 4th batch of Dolman Award books, we’re working our way towards the ‘short list’ from which we’ll pick the winner at Hatchards Bookshop on Piccadilly in London on 5 September. Click here for the 1st, 2nd and 3rd batches of books. 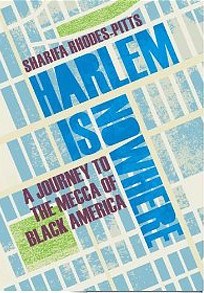 Harlem is Nowhere by Sharifa Rhodes-Pitts looks at that Manhattan district currently going through such major changes. For some reason I’ve never visited Harlem until my most recent New York visit, and then it was only a morning tourist tour with a ‘must go back for a better look’ decision at the end. Curiously this book doesn’t really engage with what’s going on in Harlem at the moment. It’s currently being rapidly gentrified (whites now outnumber blacks) and yet we barely see this collision. We do meet an assortment of black Harlem pioneers whom I knew nothing about – Arthur Schomburg, the photographer James VanDerZee, the wonderfully named (and a wonderful character) Raven Chanticleer, Adam Clayton Powell jr and others. But Harlem icons like the Apollo Theater are completely ignored!

Over the years I’ve had assorted contacts with city regions going through big changes. I moved into Richmond in Melbourne, Australia just as the shift from Greek to yuppies started to take place and before the Vietnamese boat people influx. In London I’m a stone’s throw from trendy Notting Hill, but I used to hang out there in the ‘70s when it was the rasta, Jamaican quarter. Recently I’ve seen the play Clybourne Park in London (England) and Melbourne (Australia), although it’s set in Chicago it’s only just arrived on Broadway. I was there (as a child) when the first act of that play (strict white-black suburban segregation starting to break down in the late ‘50s, early ‘60s) took place, except it was in Detroit rather than Chicago. I went to see the play Detroit a couple of nights ago, although it could have been titled Suburbia, just as accurately, there was nothing particularly Detroit about it. 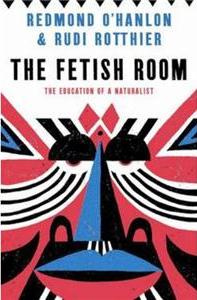 The Fetish Room by Rudi Rotthier is essentially an interview by the Belgian author with Redmond O’Hanlon. The English travel writer has a reputation for being outspoken and unafraid and he certainly lets rip in this account. Rotthier asks a one line question and O’Hanlon gives a one hour reply. The accounts of English public (ie private) school life are hilarious – yes he got beaten regularly, isn’t that what English schools are all about?