This is my third batch of Dolman Award books, we’re working our way through the ‘long list’ now. Click here for my first batch and here for my second. Both these books look at walking 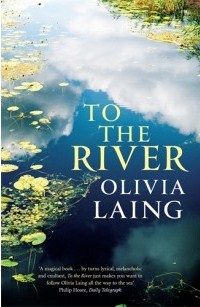 I really liked Olivia Laing’s To the River, a walk down the River Ouse, the one Virginia Woolf drowned in, musing about rivers and nature. The author clearly knows her nature, but the book is at its best in the long asides about people and history, Virginia and Leonard Woolf of course, but also geologist and  palaeontologist Gideon Mantell, his nemesis the despicable Richard Owen, poor screwed up Kenneth Grahame (the author of Wind in the Willows), Edward Verrall Lucas (with the finest pornographic library in London) and assorted others.

The Ouse – this one is in Sussex, there’s an Ouse in Yorkshire as well, flooding as I write this – reaches the sea at Newhaven. A couple of years ago I rode my bicycle from London down to Newhaven, took the ferry to Dieppe in France and pedalled on to Paris. 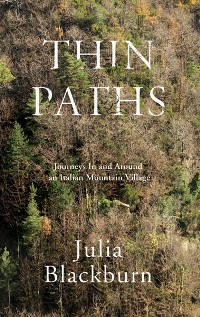 Thin Paths by Julia Blackburn is subtitled Journeys in and around an Italian Village and much of it traces walks along those thin paths around a village above the coast just across the border from France. I’d never realised how feudal rural Italy was prior to WW II and I hadn’t appreciated how difficult life had been for the Italians after the surrender in 1943, when half of the Italians were fighting the other half and the Germans and Allies were also in the picture. The author is wonderfully observant of nature, her descriptions of bats, birds, butterflies and beetles are terrific.