I’m chairing the panel of judges for the 2012 Dolman Travel Book of the Year Award, the annual award for the best British travel book. I’ve covered the first three contenders in an earlier blog. The next four on my reading list from the entrants: 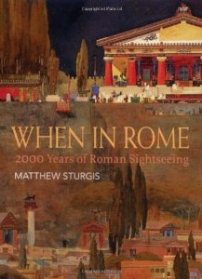 When in Rome – Matthew Sturgis – A delightful history of how tourists look at Rome. Touring the church of San Luigi dei Francesi with the aid of a 1904 Baedeker guide the author realised that the big attraction in the church today – three paintings by Caravaggio – didn’t even rate a mention in his vintage guidebook.

Clearly tourist tastes changes, in medieval times pilgrim tourists might get a look at the pope’s personal treasure box which contained – amongst other artefacts – the Ark of the Covenant, the tablets of the 10 Commandments, John the Baptist’s hair shirt, a Virgin Mary nightdress (and some of her milk!), the last taste of the loaves and fishes and a bit of the crown of thorns. Later, in the ‘Grand Tour’ era, a standard tour of the city lasted 38 days. Modern tourists don’t usually have that sort of time to spare. 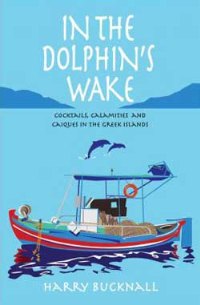 In the Dolphin’s Wake – Harry Bucknall – All the Greek islands, starting with Corfu opposite the border with Albania and island hopping through all the island groups before ending with a spell with the monks of Mt Athos. 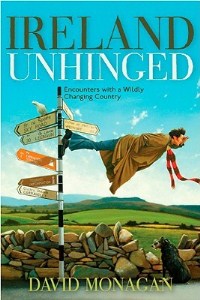 Ireland Unhinged – David Monagan – There’s an Irish book section, I realised on my recent visit to the country, dedicated to books on ‘how we screwed up the economy.’ Badly. This is the travel version of the tale. It lost me when the author pondered if it was Irish materialism which had driven people away from the Catholic church. Somehow the child abuse revelations had passed him by. 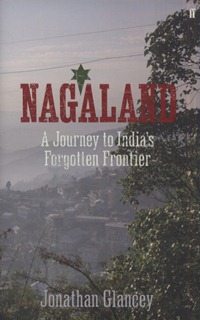 Nagaland – Jonathan Glancey – Subtitled ‘A Journey to India’s Forgotten Frontier’ it’s a rather tedious trek to the small state wedged up against the border with Myanmar.