Flights that get diverted and end up somewhere unintended are always a pain in the neck. I’ve had a few over the years including one last year – it was my very first flight on a double-decker Airbus A380 and Qantas managed to take me from Los Angeles to Sydney instead of Melbourne. The 15 hour flight turned into a 22 hour one.

There have been two intriguing diversions in the past couple of weeks. On 15 February British Airways flight BA 243 was two hours out of London, en route to Mexico City, when it had to turn around and return to London.  The 747 would have flown over the USA en route to Mexico and although it would not have landed in the US the American authorities had decided they didn’t want one of the passengers flying over the USA. Back in London a 55 year old passenger (with a US passport!) deplaned and presumably took a flight to Mexico which did not fly over American territory. Who was he? What was this all about? The flight arrived at Mexico City seven hours late. 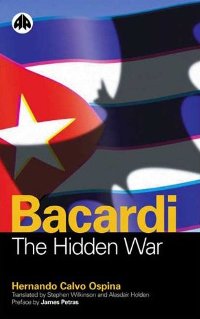 It was remarkably similar to an Air France Paris-Mexico City flight on 18 April 2009. Again the flight was not allowed to enter American airspace, but instead of returning to Paris it diverted to Martinique, a French Caribbean island, to refuel before continuing to Mexico City. On this occasion the person involved was Colombian journalist and author Hernando Calvo Ospina, on his way to report on a conference in Nicaragua for the French newspaper Le Monde Diplomatique. His books include Bacardi: The Hidden War which follows the intriguing story of the rum manufacturer’s involvement in the long-running US embargo on Cuba.

For years after the Vietnam War ended flights from – say – Bangkok to Hong Kong had to make a lengthy dogleg diversion around Vietnam. Perhaps one day European airlines will have to take a circuitous route to Mexico or Central America to avoid crossing the US.

A much more mundane diversion (although even more time consuming and annoying for the passengers) took place on 20 February last week. A Ryanair flight from Bournemouth in the south of England to Lanzarote on the Canary Islands ended up at Fuerteventura, on an entirely different Canary Island, due to a thunderstorm. Later on the flight continued to Lanzarote, but without the passengers. Ryanair (an airline not particularly noted for passenger service!) suggested that they should be able to get on a ferry for the 60km trip the next day. I flew Ryanair once last year, London to Trieste for all of €14.99. My flight went to the right airport.