Some governments have two departments, one which spends money and energy and effort to attract tourists. And one which spends even more money and energy and effort to discourage them. India is a fine example of this tradition, the Indian Tourist Office tries to attract tourists with campaigns like ‘incredible India.’ And then the Indian visa issuing officials do their very best to make them wish they’d never thought of the place.

In October, when I was staying in London on the Aldwych, a long queue formed outside the Indian embassy at dawn every morning. I spoke to people in the queue each day I was there and if you were lucky you might get a visa with only a few hours standing in line. Or you might queue for half the day and get to the door just as it slammed shut for the day. Check the Thorn Tree for more on this horror story.

A really good queue could start from the visa application office, cross India Place, curve out around Aldwych, pass India house, continue past the BBC World Service and almost arrive at Australia House. The process does offer an accurate preview of how bureaucracy can work in India. 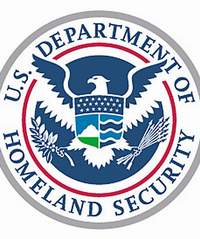 For visitors to the USA the job of discouraging tourism is handled with equal efficiency by the much disliked Department of Homeland Security which specialises in diverting aircraft to arrest aging pop stars (Yusuf Islam, formerly known as Cat Stevens, got hauled off his Washington DC bound flight and sent back to London in 2004).

On Sunday 16 December 2007 Homeland Security struck again when it deported a 33 year old Icelandic woman on her way to New York on a shopping trip. Her crime? Overstaying her visa on a visit 10 years earlier. She had been back to the US without problems in the intervening years.

Still there is a sense of humour in the US visa department, how else would they come up with those questions about ‘moral turpitude’ and whether you were involved with the Nazis between 1933 and 1945 (presumably earlier or later is OK).