I start the morning in Tainan with photographing some rush hour scooter jams, Taiwan sure does have an awful lot of motor scooters. 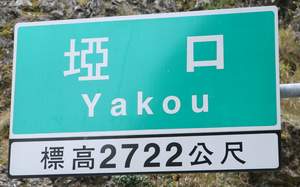 Then it’s off to the east coast, a long drive over a torturously winding road which climbs up to 2722 metres (8928 feet) before descending again to sea level.

There’s an interesting stop before we get on to the mountainous section, at the town of Chiasen which may well be the taro capital of Taiwan, we have taro ice creams which are surprisingly good. Taro is a curious vegetable, a starchy root crop which I’d always associated with Papua New Guinea and the Pacific Islands until I met a New Zealand ‘taro historian’ at a university at Ibaraki in Japan. He explained how it was one of the earliest plants to have been domesticated. So tracing the history of taro means delving back into the earliest traces of agriculture and, hence, civilisation, long before rice or wheat were domesticated 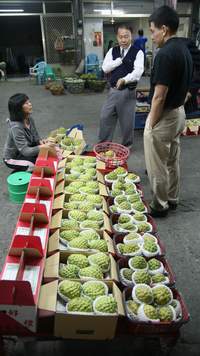 Finally it’s down the other side to Taitung and a stop to buy some custard apples, a local speciality. They’re known as Buddha’s fruit, shijia, because their knobbly look resembles the head of the Sakyamuni Buddha.