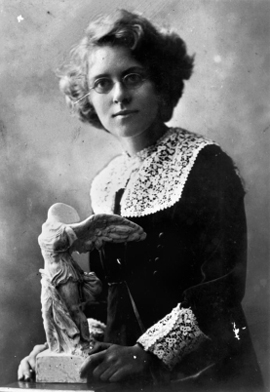 When I visited Adelaide earlier this year and saw the works of Clarice Beckett at her exhibit in the Art Gallery of South Australia I commented – like assorted other visitors – that it was remarkable she was so unrecognized during her life. Well that’s certainly not a description that applies to Daphne Mayo (1895-1982), she was very much recognized and deservedly so. She was winning awards from an early age, one of which would have taken her to London to study art when she was still a teenager if WW I had not interrupted.

She eventually got to London in 1919 and when she was rejected by the Royal Academy – they didn’t like female sculptors – she bypassed the normal application procedure, appealed directly to the Academy Council and got in ‘much to the chagrin of the male student.’ 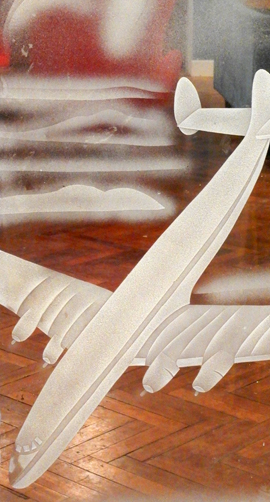 ▲ Back in Brisbane in 1930 she produced the immense tympanum, the triangular decoration at the front of the City Hall. It shows a relief of ‘The progress of civilisation in the State of Queensland’ and although this is her best known work, she also created the Queensland Women’s War Memorial in Anzac Square in Brisbane, the ‘first war memorial to depict servicewomen.’

◄ Having encountered Daphne Mayo in Brisbane she was around me again when I stayed in the North Gregory Hotel in Winton. The Daphne Mayo Dining Rom features etchings on glass panels, some of them Waltzing Matilda themes of course, but also a Lockheed Super Constellation, just like the one I’d recently seen at the Qantas Museum in Longreach. 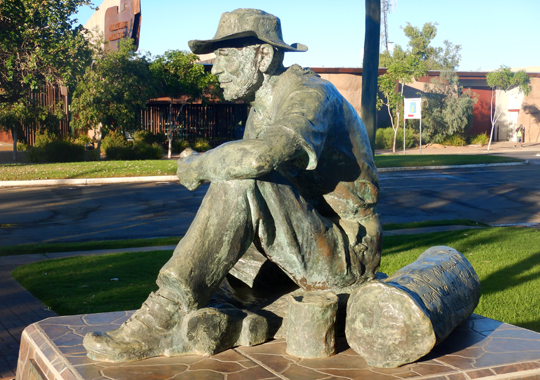 ▲ A couple of blocks along Elderslie St is her Jolly Swagman statue, right across the road from the Waltzing Matilda Centre with its statue of Banjo Paterson.