My short circuit of Costa Rica started in San José from where I took a bus to La Fortuna.

La Fortuna stands a few km north of the active Arenal Volcano and – hardly surprisingly – most of the activity is centred around the smoking peak. 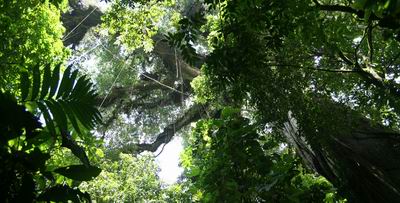 A giant ceibo tree in the Arenal National Park.

I did some walking through the Arenal National Park to a lookout on the 1992 lava flow – so did this band of French-Canadian high school students. 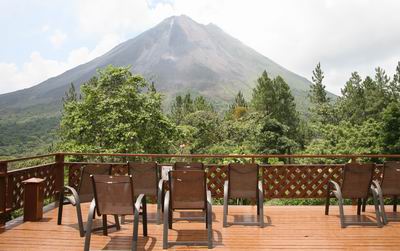 I had lunch at the Arenal Observatory Lodge – now here is a place with a view to kill for.