I returned to Corsica for my first visit since I went there in 1998 to work on the very first edition of Corsica, we’re now up to Corsica Edition 5. One thing certainly hasn’t changed in 12 years, this is still an incredibly beautiful and varied island 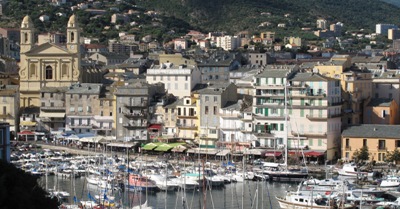 Our first stop was Bastia in the north of the island, looking down on the harbour marina from the citadel. 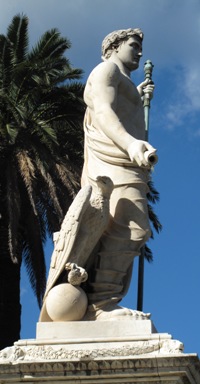 ◄  Napoleon is still the great Corsican hero, he was born in Ajaccio and his first period of exile was on the island of Elba which lies between Corsica and the Tuscan coast of Italy. This statue of Napoleon – in the ancient Roman garb regularly portrayed on Napoleon statues looks out from Bastia towards Elba.

From Bastia we drove up into the mountains to Corte, a hilltop town dominated by its citadel. ▼

Corte is a great walking centre and we spent one day walking up the increasingly narrow and rocky gorge of the Vallée du Tavignano, finally ending at a perfect (if slightly crowded) picnic spot at the Passerelle de Rossolino footbridge. On my previous Corsica visit I walked the northern half of the GR20, one of the finest walks in Europe. 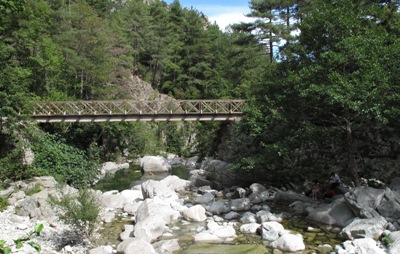 Beneath the bridge is this fine vasque, a natural swimming hole in the river. 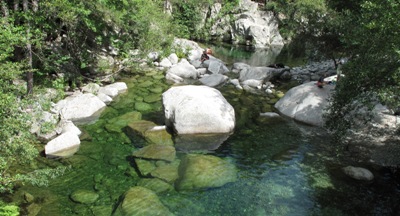 From Corte we drove all the way south to Bonifacio. The island is small enough that no distance is too great. The city perches atop a rocky promontory with sheer cliff faces falling in to the sea. 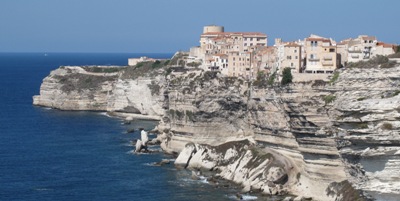 ◄  Some of the buildings are acutely undercut.

The beautiful harbour is frequented by cruise ships and a lineup of classy private yachts. ▼ 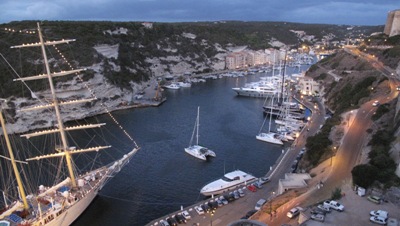 From Bonifacio we turned north and visited Filitosa, the island’s prime Neolithic site with this line up of statues known as menhirs. 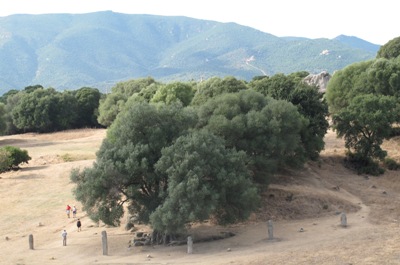 Finally we left the island from Ajaccio, the capital – cruise ships lined up in the harbour.