Climbing Mt Kosciuszko to the top of Australia


I’d only been to Thredbo, the popular NSW ski resort once before. When Maureen and I lived in Sydney back in 1973, so almost 50 years ago, we drove to Thredbo, via Melbourne, to go skiing. And I’d never climbed Mt Kosciuszko, the highest mountain in Australia, so it was time I made the ascent! Actually ‘climbing’ Kosciuszko is bending the truth. It’s a gentle stroll to the 2228 metre peak, named ‘by the Polish explorer Paweł (Paul) Strzelecki in 1840, in honour of Polish-Lithuanian freedom fighter General Tadeusz Kościuszko because of its perceived resemblance to the Kościuszko Mound in Kraków, Poland.’ Thank you Wikipedia! I have driven the 475km long outback Strzelecki Track in South Australia. 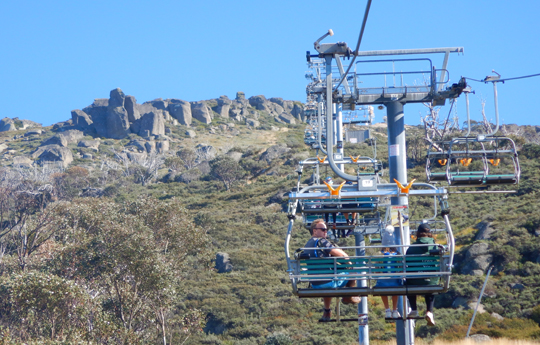 ▲ The easy way up Mt Kosciuszko starts with the Kosciuszko Express Chairlift climbing from the Thredbo Village at 1365metres to 1925metres, a 560 metre climb in just 15 minutes.

▲ Well perhaps a bit higher, the Eagle’s Nest Restaurant at the top of the chairlift claims it’s at 1937metres. 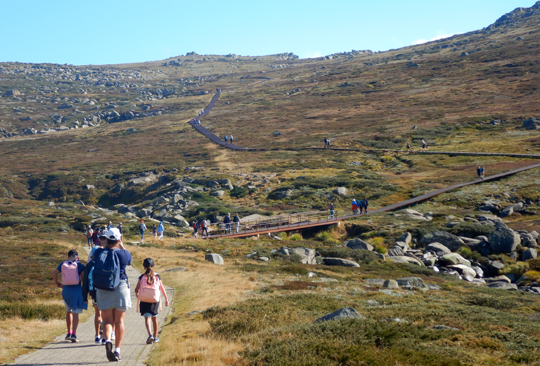 ▲ In the odd place it makes a very artistic detour around intruding rocks and it pauses just 2km from the top of the chairlift at the Mt Kosciuszko Lookout, which offers good views of the peak if you can’t raise the energy to walk all the way to the top.’ 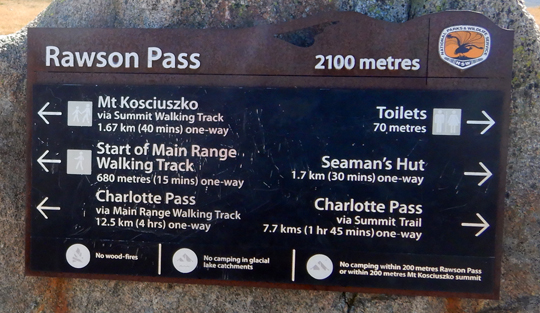 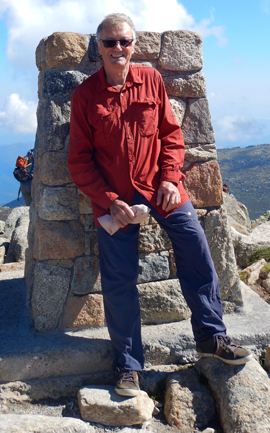 ▲ 1.67m from the top are the Rawson Pass toilets and assorted info boards.

◄ And there I was at the highest point in Australia. It’s probably more crowded than the summit of Everest even when Everest is having a busy day and the air is much easier to breathe. There are, however, other routes to the top. From Charlotte Pass and Perisher (next ski resort along from Thredbo) you could drive up the Charlotte Pass Summit Trail, 7.7km in each direction, to Rawson Pass except the road is closed to motor vehicles except for park authority vehicles. You can mountain bike up to Rawson Pass from Charlotte Pass, although not from the chairlift, but you still have to walk the final 1.67 km to the summit. So no you cannot drive to the summit in a rental car. Or even ride all the way on a rental bike. 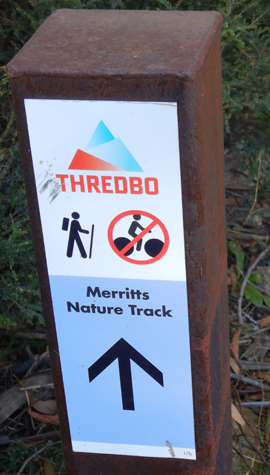 Alternatively there’s also a walkers only (no mountain bikes) track – the Main Range Walking Track – from Charlotte Pass which joins the route to the summit 680 metres past Rawson Pass. That’s about 4km longer in each direction than the Charlotte Pass Summit Trail for walkers, mountain bikers and park authority vehicles.

◄ I made things a bit more interesting (and a bit harder) by following the Merritts Nature Track the 4.5km down from the top of the chairlift back to Thredbo Village. That’s a much steeper descent and a much tougher track than that gentle mesh walkway from the chairlift to the summit. My dodgy right knee was saying ‘enough’ by the time I got back down to the village. Or perhaps it was saying ‘thanking you for not making me walk up the hill as well.’ 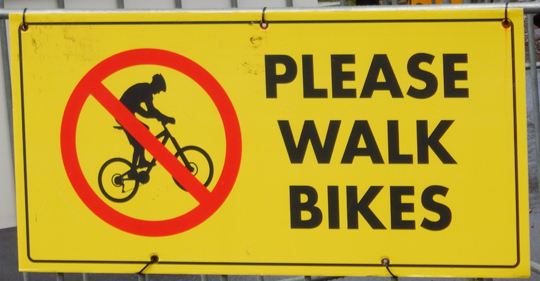 ▲ Fortunately I didn’t encounter any mountain bikes on that descent, it’s for walkers only. Today there are lots of downhill runs for bikes, you can take bikes up on the other part of the Kosciuszko Express Chairlift and then descend at high speed. Today the resort seems to be as crowded with downhill bikers in summer as it is with skiers and snowboarders in winter. Well it’s good to see the resort used outside the snow season.