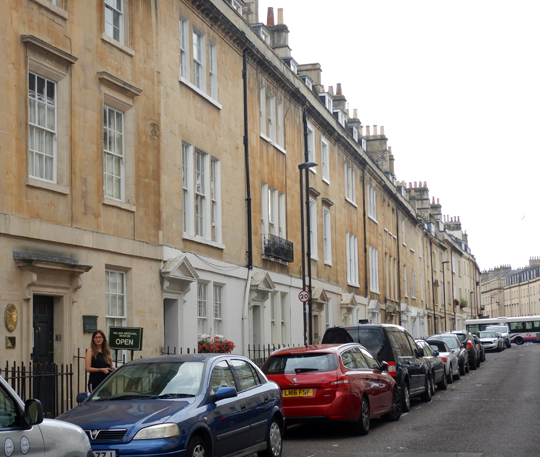 ▲ The Herschel House in Bath

Lonely Planet have a new book coming up on trail blazing women and particular places associated with their stories. Like Caroline Herschel I suggested and took the train from London to Bath to visit the Herschel Museum of Astronomy at 19 New King St. 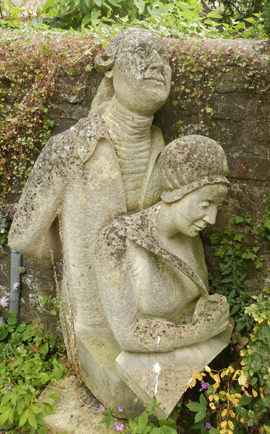 I first encountered Ms Herschel in Richard Holme’s wonderful book The Age of Wonder, accurately subtitled ‘How the Romantic Generation Discovered the Beauty and Terror of Science.’ From the back garden of their Georgian house William Herschel – assisted by his ‘tough little German sister’ Caroline – discovered the planet Uranus. It was the first new planet to be discovered since ancient times and Herschel became instantly famous.

◄ William & Caroline Herschel, bas reliefs in their back garden. 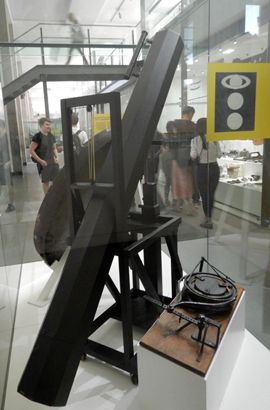 Caroline quickly became far more than an assistant and took to ‘sweeping’ the night sky in search of comets, a task she described as ‘minding the heavens.’ During her career she discovered eight comets and the comet 35P/Herschel-Rigollet bears her name. As does the C. Herschel crater on the moon while the asteroid 281 Lucretia uses her middle name. She also discovered 14 nebulae and her catalogue of stars is still in use today.

The house in Bath has a replica of their telescope but Caroline’s actual telescope can be seen in the Science Museum in London, along with the mirror from their later gigantic 40 foot telescope and the mirror grinding equipment they used for their smaller telescopes.

Typhus had stunted Caroline’s growth as a child and her family decided she’d never marry, so education was not important and training as a house servant was the best idea. She became a Cinderella, labouring after her favoured older brothers. Fortunately one of them, William, recognized her abilities, took her with him to England and was immensely proud when she became England’s first salaried woman scientist and the first woman to be awarded a Gold Medal by the Royal Astronomical Society.