It’s Australia’s capital city, strategically sited between the two big cities – Sydney and Melbourne – so it doesn’t upset either of them. Like Washington DC and assorted other capitals it was planned that way, it’s not a city like Paris or London where its role as a capital is just part of the whole story. 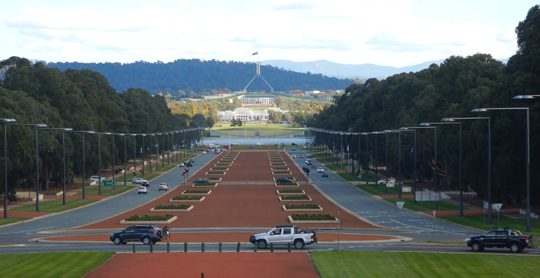 ▲ The view from the War Memorial across Lake Burley Griffin to the Australian Parliament. It’s a city of vistas and views and definitely one where you need wheeled transport although there are lots of good walking opportunities around Canberra. 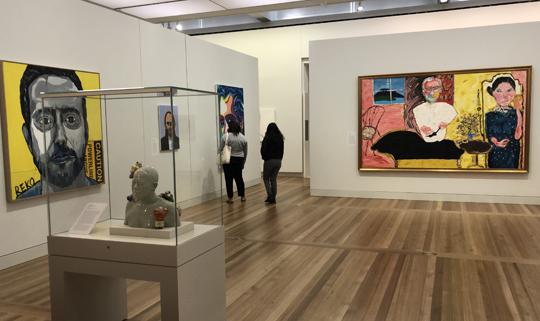 ▲ The National Portrait Gallery – like Washington DC it’s well endowed with museums and galleries, a visit to Canberra is always worthwhile for catching up on what’s new. 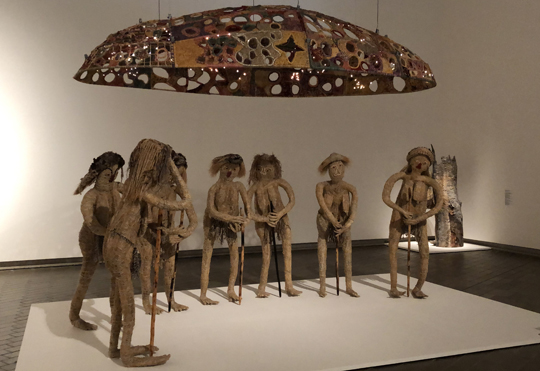 ▲ At the National Gallery Know My Name was an exhibition of work by women artists like these figures by The Tjanpi Weavers. 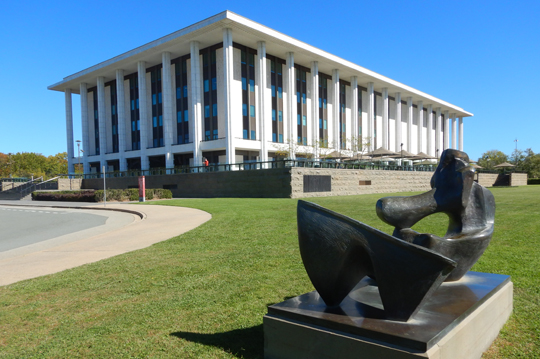 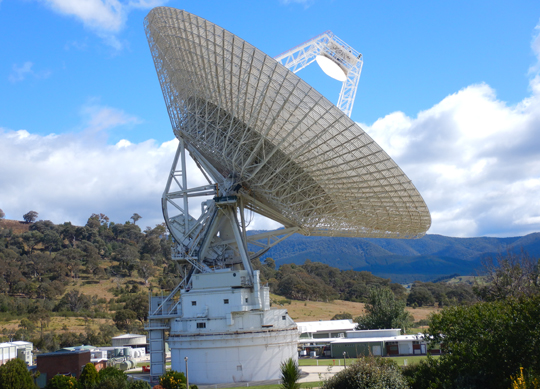 ▲ I made an excursion out of Canberra – but still in the Australian Capital Territory – to the Canberra Deep Space Communication Complex at Tidbinbilla. It’s been used for tracking deep space operations since the early days of NASA, but also communicates with lots of other missions. It also appears to have – temporarily at least – closed for public visits soon after I went there!