Maureen and I visited Budapest last week. It rained the whole time we were there, but we still had an interesting visit to a city which – for me – manages to combine some of the flavour of Prague and Vienna. Check our Budapest city guide and then some views from our trip: 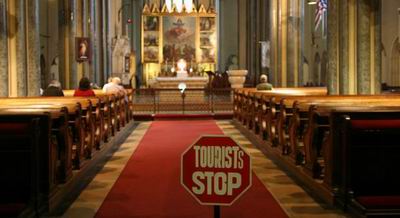 Stop here and have a look at this wonderful sight? Well perhaps, in fact it means don’t go any further … if you’re a tourist.

Shoes on the Danube has to be the most poignant memorial I’ve seen for a long time. Along the riverside are ‘scattered’ 60 pairs of old shoes, cast in metal. They mark the point where in 1944 the Arrow Cross fascists shot a group of Jews and threw them into the river. It’s a heart catcher and flowers and candles amongst the shoes indicates a lot of other people have been moved by it as well. 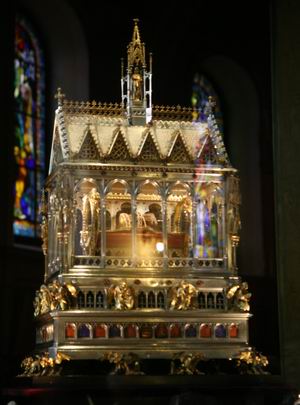 St Stephen is the Hungarian father figure and in the sumptuous Basilica of St Stephen you can visit the Chapel of the Holy Right and take a peek at this glass case containing the Holy Right. The what? His right hand of course. They found it in Bosnia in 1771. 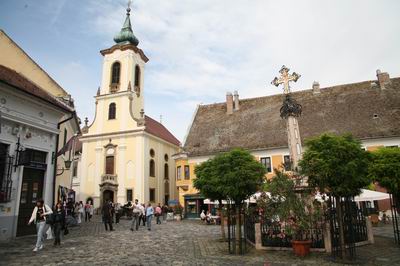 We made a small excursion out of Budapest to the postcard pretty little town of Szentendre. It’s a half hour train trip from the city centre and you can then take a one hour boat trip down the Danube back in to Budapest. 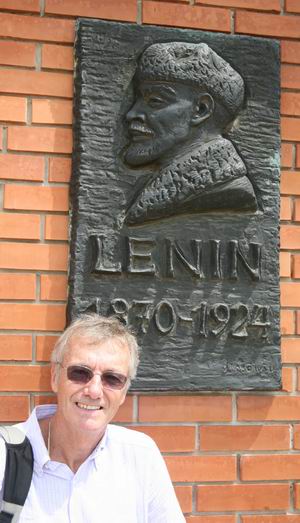 We finished our Budapest visit with an excursion to Statue Park, where images of the communist heavyweights (Lenin for example) and other unwanted heroes of Hungary’s days behind the Iron Curtain have been collected together. At the time of the invasion of Iraq I said it would be good if they could just collect all those no-longer-required statues of Saddam Hussein and preserve them for a similar use, as we know that was just another mistake in that shambolic exercise.