Late last year I travelled around Israel and Palestine, later this year Pakistan is on my wish list. So these two books were interesting primers on those countries. Of course both books proved, yet again, that the more you learn about a subject the less you realise you understand. Nothing is ever black or white and there’s an awful lot of grey between the two extremes. 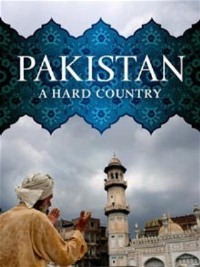 Anatol Lieven’s Pakistan – A Hard Country has quickly become the essential book on that complex and worrying country. With superb timing the hardback was published just as Osama bin Laden was tracked down to his less than well hidden hideaway in Abbottabad. A revised paperback edition now includes the conclusion (for now!) of the Osama bin Laden saga.

I reckon CNN reporter Barbara Starr nailed the bin Laden story in a report on 18 October 2010 when she quoted a ‘senior NATO official’ that ‘Nobody in al Qaeda is living in a cave’ and her report continued that it was probable that ‘he was living in relative comfort, protected by locals and some members of the Pakistani intelligence services.‘

Lieven’s book studies the country region by region – almost all of them could be described as ‘troubled regions’. It’s full of useful insights:

• Pakistan (population 185 million) is a far bigger problem than Afghanistan (population 30 million)
• Getting foreign troops out of Afghanistan may be an important step towards some sort of resolution in Afghanistan, but it’s much more important relative to Pakistan where getting the troops out (particularly the American ones) is the one aim nearly everybody agrees on
• Economically Pakistan is not a basket case, it may not be competitive with the booming regions of India, but it’s ahead of the densely populated, backward ‘cow belt’ region of north India.
• I’d always thought Urdu was ‘the’ language of Pakistan, in fact it’s an import at the time of partition and only spoken as a first language by a minority. 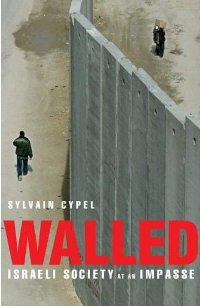 Sylvain Cypel’s Walled – Israeli Society at an Impasse is an older book, published in 2005 and although it can be a rambling account with a tendency to repeat things it’s still extremely interesting and its messages haven’t changed in the last seven years. If anything the situation has only got worse, Israel simply has not come to terms with its involvement with Palestine. The book emphasizes the role of the ‘New Historians’ who have overturned the Israeli creation myth, that the Arabs held the balance of power in 1948 and had a coordinated plan to destroy Israel. Most important they have repudiated the ‘official version’ that the Palestinians fled their homes when in fact most of them were chased out or deliberately expelled.