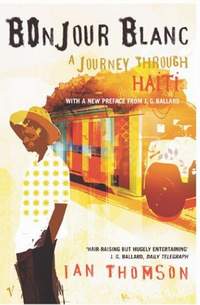 If you want to read about travel around the half-an-island then Ian Thomson’s intrepid trot around the country is the book to look for. ‘Bonjour blanc’ could translate as ‘hello whitey’ and it’s the greeting Ian regularly runs into during his Haitian adventures. They took place in 1990, four years after ‘Baby Doc’ had finally been run out of the country and settled down, for a spell, to retirement in the south of France. His father, the notorious ‘Papa Doc’ had run the country with his thugs the ‘Tontons Macoute’ from 1957 until his death in 1971.

Travel around Haiti is, from Ian’s experiences, hard work, tiring and often exasperating. It was also undeniably colourful as he plunges into encounters with voodoo, zombies and, of course, those Tontons Macoute. In 2003 he returned for a brief return trip, things hadn’t improved much. 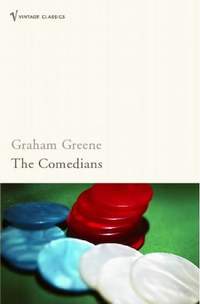 The Comedians - Graham Greene
Haiti becomes another waypoint in Greeneland, that series of world weary destinations the great British author weaved his magic around. Mr Brown, one of the ‘comedians’ of the tale, has plenty to be weary about. His mother, who abandoned him at the age of 12, summons him to her deathbed to gift him with the Hotel Trianon, closely modelled on the real life Hotel Oloffson in Port-au-Prince. It’s fun for awhile, but then Papa Doc and his Tonton Macoutes come to power and Haiti is not a good place to own a hotel.