If there’s a new year’s resolution I make every year, and then fail to keep, it’s to read more books. Too many other things come in the way. The bedside pile of books which I buy, intending to get around to one day, simply gets taller. Plus there are a certain number of books I read because I ‘have to’ rather than the more important ‘want to.’

Of course a lot of my reading is travel or travel related, but I always try to read some books with no connection to travel at all. Although the one I’ve just finished reading is definitely all about travel – Daniel Allen’s The Sky Above, the Kingdom Below – in the Footsteps of Thomas Coryate. 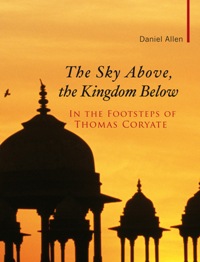 I first came across Coryate when I was in Surat in the Indian state of Gujarat in 1980, working on the very first edition of our guide to India. He died in Surat in 1617, after walking there all the way from Europe. Mr Coryate was one of the first real English ‘tourists,’ travelling simply because he wanted to see the place, not for wealth, conquest or religion. He was also probably the first backpacker, he was quite obsessive about saving money and getting the best price.

I’ve come across Coryate in a number of ways in the subsequent years and I plan to be pursuing him a little more in 2010, I’ll be talking about him at the Nehru Centre in London next year.

So five books of 2009 – not necessarily the best or most enjoyable books, simply five I found interesting for an assortment of reasons.

Ordinary Wolves – Seth Kantner – is one of those magical books, a book which brings to life some place quite outside our own experiences. In this case it’s wilderness Alaska, a place which in the depths of winter very few Alaskans even experience.

Palestinian Walks – Raja Shehadeh – a sad tale of  a countryside disappearing as Israeli settlements encroach on more and more land and Israeli-only roads (not to mention that bloody wall) chop it up even further. 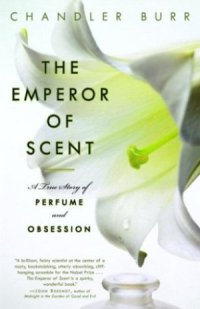 The Emperor of Scent – Chandler Burr – how we smell things and the romance of scent and perfume, I love the idea that you can say ‘give me morning dew as the sun comes up over the green rice paddies’ and somebody will try to conjure it up. Some years back we talked about producing a ‘scratch and smell’ special edition of South-East Asia on a Shoestring, scratch to smell kretek cigarettes or that heaven-and-hell fruit the durian. ‘Not a problem,’ said one of the smell creators who feature in this book. Shame we never did it.

Travel as a Political Act – Rick Steves – I’ve got a lot of respect for Rick Steves and his stand on many issues including the lunacy of the ‘war on drugs.’ In this one he advocates that Americans should travel more and talks about his own travels including his recent forays into Iran, the subject of a PSB TV program in the US.

The State of Africa – Martin Meredith – on my Tour d’Afrique bike jaunt this was the book everybody was reading, so I did too. It’s a book to make you reel back in shocked horror (and sometimes laughing amazement) at the sheer towering greed and stupidity of far too many African leaders. And then we’d get back on our bikes and meet good everyday people.