I’ve got a new book coming out in April 2007 to be titled Bad Lands and I’ll be talking more about it in forthcoming updates to this blog. My trips to Afghanistan, Albania and Iraq – all featured in the ‘Travel Blogs’ part of my site – contributed to that book. When it gets closer to reality I’ll put together a Bad Lands Reading List. Meanwhile here are 12 books with some sort of travel connection which I’ve read in 2006, starting with: 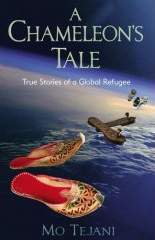 A Chameleon’s Tale – Mo Tejani – I met Mo in Bangkok in mid-2006 and his book is an engaging account of his nomadic life, living here, connected to there, nationality somewhere else. So where is home? Well originally Uganda until Idi Amin kicked all the African Asians out. Mo’s account of that forced departure is one of the most intriguing parts, along with a disillusioning spell with an aid agency although other periods as an aid-worker were much more constructive.

A Parrot in the Pepper Tree – Chris Stewart – Driving over Lemons was a delight and the second book from Chris Stewart is equally enjoyable, lots of interesting insights into life in the back blocks of Spain but his international forays, particularly sheep shearing in gloomy Scandinavia, are equally enlightening.

Berlin – The Downfall 1945 – Anthony Beevor – The protracted collapse of Berlin which brought World War II in Europe to a crashing finale makes a painful but gripping tale. Nobody comes out of it particularly well.

Digging to America – Ann Tyler – The Baltimore-based novelist has long been one of my favourite authors (like many guidebook writer I’ve got a kick out of The Accidental Tourist) and although her latest novel stays firmly in the Baltimore area the overseas connections to Korea (two families adopt kids from South Korea) and Iran (one of the families is originally from Iran) are fascinating.

Fishing in the Styx – Ruth Parks – A renowned Australian writer this autobiographical account of making ends meet as a writer in Sydney during and after World War II is terrific. Her husband D’Arcy Niland wrote the Shiralee, a classic outback Australia tale.

I Didn’t Do it For You – Michela Wrong – Her book on the Mobutu era in Congo/Zaire is a classic and this is a sad little history of another troubled African nation, the tiny country of Eritrea on the Red Sea coast. 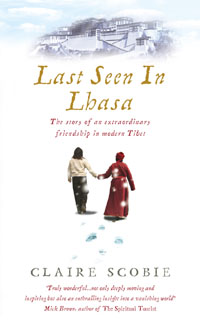 Last Seen in Lhasa – Claire Scobie – Repeat visits to Tibet leads to a long relationship with a Tibetan nun. It’s Claire’s deep affection for Ani, despite their often baffling mutual incomprehension, which propels you through the book.

Pattern Recognition – William Gibson – Cayce Pollard’s hyper-sensitivity to what works when it comes to branding can have some unexpected side effects (she goes into near cardiac arrest when confronted with M Bibendum, the Michelin Man) but it also takes her on some intriguing travels in the near future, including to Moscow with her Lonely Planet guide in hand. 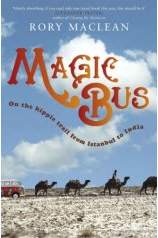 Magic Bus – Rory Maclean – Rory stayed with us in Melbourne while researching this absorbing account of the ‘hippie trail’ of the ‘60s and ‘70s. It was travelling along that route in 1972 that led me to write the very first Lonely Planet guidebook.

The Poisonwood Bible – Barbara Kingsolver – Afghanistan has inspired a lot of wonderful writing (I’ll touch on that in my forthcoming Bad Lands reading list) but so has Congo/Zaire, a country which makes it into my Bad Lands book in the ‘more bad lands’ chapter. This harrowing and ultimately redeeming novel follows an American family led by a misguided Bible thumper on a journey into darkest Africa, kicking off just before the bloody collapse of the Belgian Congo and birth of Zaire.

Where’s Wallis – Brian Thacker – Yeah, where is it? With Futuna it’s a French Pacific colony, more or less at mid point between their two other Pacific colonies – French Polynesia (ie Tahiti, etc) and New Caledonia. Brian sets out to visit some unlikely countries – Sao Tome & Principe (which he never gets to), Togo, Benin, Kyrgyzstan and Wallis & Futuna – with mixed results.