Hardly surprisingly I read a lot of travel or travel related books, some recent titles 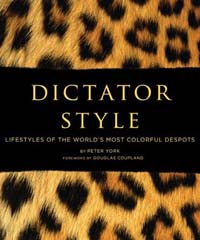 – Amazon UK
Unfortunately the idea – let’s do an Architectural Digest tour of assorted dictators’ and despots’ residences – is better than the end result. Sadly there were no Wallpaper photographers around to artistically record bad taste and excess when Benito Mussolini, Adolf Hitler, Joseph-Desire Mobutu, Slobodan Milosevic and assorted other bad guys were still at home. Juxtaposing GIs with Saddam Hussein’s taste in bad art takes the edge off it as well.

2. In the Footsteps of Mr Kurtz (Living on the Brink of Disaster in Mobutu’s Congo) – Michela Wrong
Amazon USA

– Amazon UK
Michela Wrong’s latest book about Eritrea, I Didn’t Do It For You, is on the bookshop shelves and on my bedside table, but her earlier book was an exotic romp through the horror-comedy which was Mobutu’s Congo.

There are all sorts of Interesting parallels between the liberation of Paris and the ‘liberation’, with quotation marks around it, of Baghdad. As Beevor notes in what is presumably a new foreword ‘it’s not nice to be liberated.’ 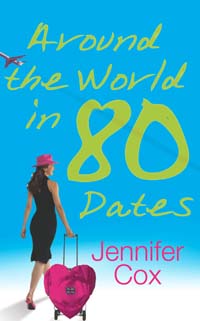 4.  Around the World in 80 Dates – Jennifer Cox
Amazon USA – Amazon UK
Jennifer ran publicity at Lonely Planet’s London office before she set off on a world tour to find Mr Right. He was tracked down and if the movie gets made (the rights have been sold) Reese Witherspoon will play Jennifer.

– Amazon UK
Even though it was written way back in 1989 the description of how Singapore functions is still one of the best explanations of the tightly controlled city-state. I bought the book in Singapore en route to Shanghai, see my Singapore-Shanghai blog.

6. Reading Lolita in Tehran – Azar Nafisi
Amazon USA – Amazon UK
Travelling through Iran in 2004 I read this delightful tale of the constraints of life in the Ayatollah’s Islamic Republic. Iran is a fascinating country to travel around because so many people are keen to talk about the curious world they live in.

7.  The Places in Between – Rory Stewart
Amazon USA – Amazon UK
Something about Afghanistan inspires great travel writing. In 2002, just months after the fall of the Taliban, Stewart sets out to walk from Herat to Kabul, following the footsteps of the Moghul Emperor Babur and accompanied by a misshapen mutt.

8.  French Revolutions – Tim Moore
Amazon USA – Amazon UK
Met Tim Moore at a travel writing conference in Reykvajik, Iceland. His account of riding the Tour de France (solo, a month before the actual event) is terrific. Like the real racers the mission
was accomplished by resorting to ‘cheating and drugs’.

9.  The Wrong Way Home – Peter Moore
Amazon USA – Amazon UK
Parts of Peter’s overland trek from London home in Sydney coincided with my Singapore to Shanghai trip (see my blog) so I toted his book along. I’ve enjoyed his nicely open minded Cape Town to Cairo book Swahili for the Broken Hearted as well.

10. A Short History of Progress – Ronald Wright
Amazon USA – Amazon UK
The Canadian author – who has also written travel books on the Mayan and Inca civilisations as well as the first edition of Lonely Planet’s Quechua Phrasebook – explores the breakneck pace of modern development and worries where it’s taking us.

11. On a Small Bridge in Iraq – Netsuki Ikezawa
Free PDF Download
Just before the invasion Japanese author Ikezawa (who has also translated St Exupery’s French classic Le Petit Prince into Japanese) visited Iraq, concerned that if the invasion took place huge damage was likely to be caused. He was right on that one. An English translation of his slim volume is available as a free PDF download.