Maureen and I are travelling around the USA promoting Unlikely Destinations, the Lonely Planet story, and my new ‘Axis of Evil travel book’ Bad Lands. On Monday July 18 I’ll be speaking at Powell’s bookshop in Portland, Oregon and everyday this week I’ll be posting a blog on the Powell’s website. My blogs so far have been: 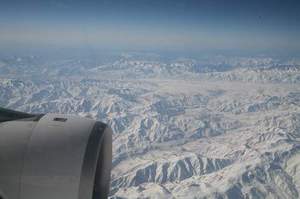 I took this photograph from an Emirates 777 flying between Dubai and Milan. We’d flown north across Iran and then turned west to fly just north of Iraq, crossing the mountains of the Kurdistan region of Turkey and looking south towards Iraqi Kurdistan where I had been just a few months earlier, researching Bad Lands, my account of being a ‘Tourist on the Axis of Evil’.

Blog 5 – Friday June 15 – Travel Guilt, Food Miles
They’re big topics in the UK and words which have become part of the general vocabulary. 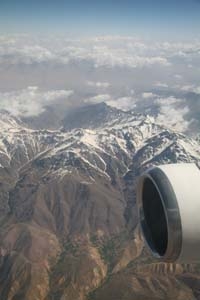 Blog 4 – Thursday June 14 – The View out the Window
I love the view from aircraft windows and this blog features some of my most interesting views (including the only time I ever flew Concorde) plus some ‘views from the window’ photos like this one of the view of central Afghanistan from an elderly Kam Air 737. 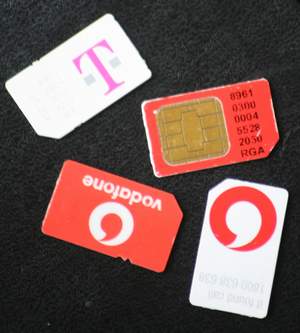 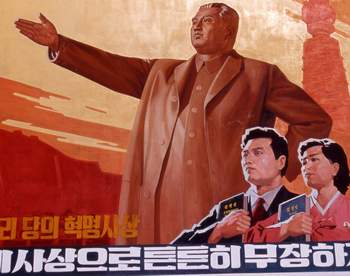 Blog 2 – Tuesday June 12 – Elections, Leaders, Mistresses, Reading Lists
Wouldn’t elections be simpler if we followed the North Koreans and elected a president not just for a four year term, but for life and then beyond life. Yes, Kim Il Sung, the ‘Great Leader’ is still the president of North Korea even though he died 13 years ago. I took this photograph of a Great Leader billboard when I was in North Korea researching my Evil Axis book Bad Lands. 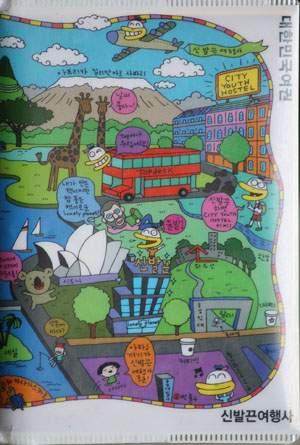 Blog 1 – Monday June 11 – Passports
My own passport lives in a plastic sleeve produced by a South Korean student travel agency and bookshop known as ‘Shoestring Travel’ – yes they got the name from our Southeast Asia guidebook. If you look closely at the cover there’s a little cartoon of me, lounging back, looking at a guidebook and proclaiming, in fluent Korean, my connection with Lonely Planet