Once again I’m looking back over the last year’s travels. Today it’s 2010’s Big Buddhas. On 21 December it was Animals & Wildlife, on 20 December Cars & Bikes and on 19 December Museums & Galleries. 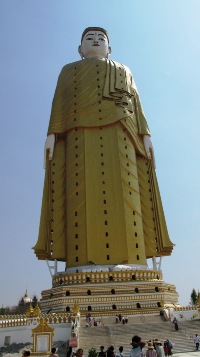 I encountered some big Buddhas during 2010, most recently the 45-metre-high seated Big Buddha figure which now looks out over the Thai tourist island of Phuket. Earlier in the year there was the much bigger Bodhi Tataung one (129-metres-high) overlooking a 95-metre-long reclining one in the Monywa area of Burma. 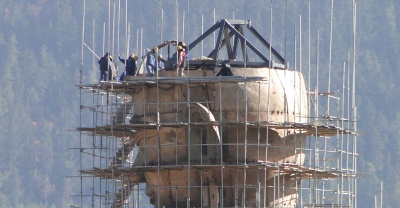 ▲ Paul von Chrismar, an architect who worked with Planet Wheeler on an orphanage project in Hoi An, Vietnam, sent me some photographs of another project he was involved with – a huge (60-metre, 20 storey high) seated Buddha image in Bhutan. It featured a metal skeleton with plates welded on the outside, a construction method similar to the Statue of Liberty.