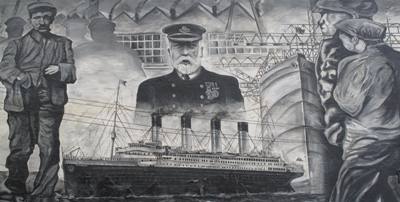 ▲ Next April is the 100th anniversary of the sinking of the RMS Titanic and the Titanic Quarter, a major regeneration of the Belfast docklands where the Titanic was built, will open before that date rolls around. Well ‘it was OK when it left here’ they like to say about their famous ship. Meanwhile there are plenty of reminders of Belfast’s Titanic connection, like this wall mural on Dee St. 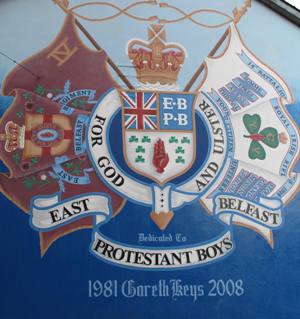 ◄ There are plenty of wall mural around Belfast, you can make an interesting murals tour, but it’s a big contrast between the more in your face murals in the Protestant or Unionist areas.

And the more artistic ones in the Catholic or Republican areas. This one was just off the Falls Rd. ▼ 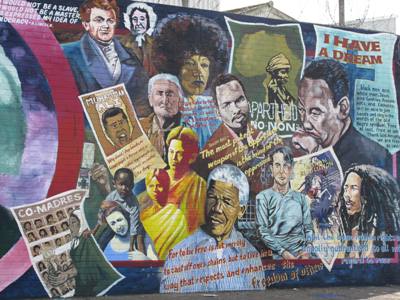 ▲ Maureen’s a Belfast girl so we make return trips to Belfast now and then. Our recent visit included a stroll along the seaside path on the south side of Belfast Lough, the bay that runs from the Irish Sea into Belfast. A century ago we could have stood here and watched the Titanic sail out to sea. 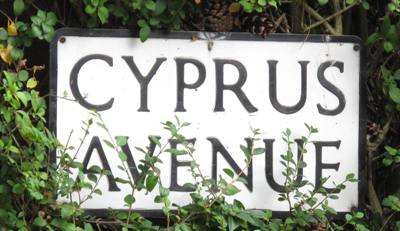 ▲ Of course Van Morrison sang about Belfast girls in I’ll Tell me Ma, but he also sang about Cyprus Avenue on his classic Astral Weeks record. Last year we saw Van the Man rewind Astral Weeks at the Albert Hall in London. This trip I searched out the street which inspired that song.