We’re just winding up research and production for the next edition of our Australia guide (Australia-15). This time around it has involved 15 writers who between them put in 65 weeks of on-the-ground research. The current edition is Australia-14. 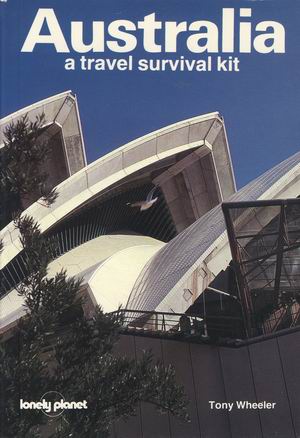 Which made me think about Australia-3. The first two editions of Australia (Australia-1 in 1977 and Australia-2 in 1979) were all my own work and nothing to write home about!

In any case Australia didn’t get many international visitors back then. In late 1982 we decided to produce a much bigger and better Australia guide and roped in Simon Hayman and Alan Samagalski to help me. Australia-3 was perfectly timed when it hit the shelves in May 1983. International visitor numbers were growing dramatically and Paul Hogan’s ‘shrimp on the barbie’ ads (launched in January 1984) almost instantly elevated Australia from number 78 on American’s ‘most desired’ vacation list to number 7.

In Australia the backpacker hostel business was taking off. Until then hostels meant Youth Hostel Association (YHA) members with, at the time, a ‘lights out, doors locked’ mentality. Independent hostels were starting to pop up in Australia and, even more so, in New Zealand.  Most of the early ones were run by YHA people fed up with the YHA rule book. Of course today YHA hostels have also tossed out their rule book!

Using an around-Australia airline ticket I made 22 flights in aircraft ranging from DC-3s to 737s. Along the way I also rented six cars, drove over 4000km, picked up one speeding ticket, hired bicycles in five locations and a motorcycle in one. I also made a number of bus trips, several ferry and boat trips, one longish train trip, walked more distance than I care to remember and even hitched a few rides. 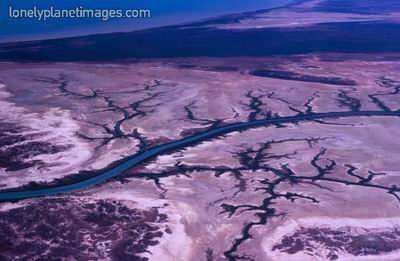 I took my favourite photograph of the trip on the best flight I’ve ever made in Australia. I took an Air Queensland DC-3 from Mt Isa to Cairns, a six hour flight via a host of Aboriginal outstations and Gulf of Carpentaria prawn-fishing ports. 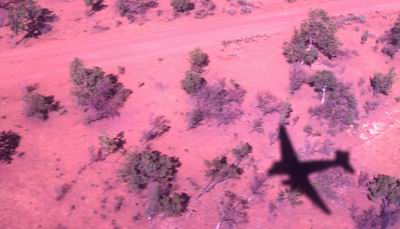 The airline has gone and so have most DC-3s

We landed at outstations where the whole settlement came to the airstrip to see the flight come through. I spent an hour sitting up on the flight deck while the captain pointed out the winding estuaries leading through eerily dry mud flats into the gulf and, at one point, the remains of a World War II B17 bomber. The flight attendant came round with cans of beer in styrofoam coolers and just before sunset we dropped down over the lush green hills of the Atherton Tableland into Cairns.

It was just one of the highlights of a magic research trip.