Aung San Suu Kyi is out. She’s spent 15 of the past 21 years in some form of detention, the last spell stretching back to 2003. Just over a year ago her most recent period of house arrest was extended by another 18 months because a crazy tourist had decided to swim across Inya Lake in Yangon to her lakeside home. 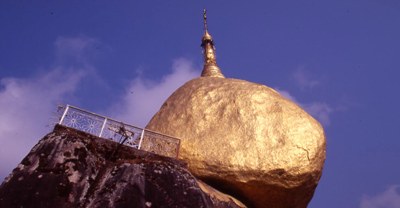 I visited Burma earlier this year – travelling to Mandalay and other centres – and the forthcoming election was the number one topic with many of the people we met. At that time the expected date was going to be the auspicious sounding 10 October (10 10 10), but whatever happened it was expected the military would want to get the election out of the way before they released ‘The Lady.’ As it turned out they held their election on 7 November and released her on 13 November.

She was welcomed back on to the streets of Yangon by 10,000 supporters. Just a few more than the military government’s maximum limit of 5 people for any public gathering. An estimated 2000 other political prisoners remain behind bars.

I met with journalist Chris Wright in Singapore late last month for an article he was writing for Australian Financial Review. It was published on Monday 15 November and you can read the full article on Chris Wright’s website, the AFR version was somewhat shorter. Chris writes:

• Tony Wheeler, founder of Lonely Planet, is quite clear where he stands. “The company policy is: we don’t say ‘go’, we say ‘here is the information and make your own decision’,” he says. “But personally, standing back from the company, I’d say: go.”

• Wheeler has visited 14 or 15 times and says the impression he has always had from local people – including some who have undergone imprisonment for dissent or political belief – is that they want tourists to come. “There’s no question that if you spend money in the country then some of it is going to go to the government,” he admits. “But not much, and you can minimize that. I can think of numerous ordinary people I have met there over the years where the money you spend goes straight into their pockets then back out again at the markets, or to repair a roof that leaks. They’d be amazed if you said you thought this money was going somewhere to support the military.”