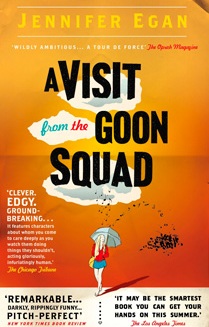 I don’t just read travel books – although three recent novels also travelled through their pages. I really liked Jennifer Egan’s A Visit from the Goon Squad which won the Pulitzer Prize for Fiction in 2011. Following the inter-connected lives of rock mogul Bennie Salazar, his assistant Sasha and a host of other character the book jumps back and forth from Bay Area punk rock in the 1970s through to New York in the near future. Along the way there are forays to Africa (an East African game park and the hideaway of a genocidal dictator looking for a PR makeover) and a short, sad visit to Naples.

David Mitchell’s Cloud Atlas was shortlisted for the Booker Prize in 2004 and extends much further back in to the past (a mid-1800s trans-Pacific voyage from New Zealand via Raiatea in French Polynesia to Hawaii) and much further into the future (a dystopian future Korea and finally a post-apocalyptic conclusion in Hawaii). Assorted UK locations, California and Zedelgem (just outside Bruges in Belgium) also feature with characters who all link from one tale to the next. Hokkaido, the currently Japanese northern island, had become part of ‘East Korea’ in Mitchell’s capitalist-juche-led Korea. 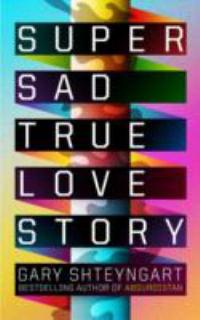 Super Sad True Love Story by Gary Shteyngart sticks for most of its length to Rome and New York in a near future where the US financial crisis really has hit rock bottom. China is foreclosing, dollars are only worth having if they’re ‘yuan-pegged’ and the social media phenomenon has moved on so far that anybody can check on your credit worthiness and your sexual potential just by pointing their äppärät at you. Invading Venezuela was the latest US military mishap – another mistake – and although it was published in 2010 the book accurately predicted the arrival of the Occupy Wall Street movement.

Then Bill Cunningham New York took me on a wonderfully exhausting race around New York following street fashion photographer Bill Cunningham. Now in his 80s and still going strong he’s been chasing the trends for far longer than any of the more recent followers of street cred. The real miracle of this film is how Cunningham hasn’t killed himself on one of his trusty bicycles although we do see one minor Bill and taxi collision. He comments that his current steed is number 29, the previous 28 were all stolen.