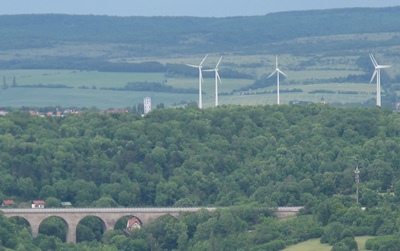 ▲  Germany’s a world leader in sustainable energy usage, everywhere you go there seem to be wind turbines on the horizon and roof after roof covered in solar cells. Looking out from Wartburg Castle above Eisenach I spotted this hilltop view of wind turbines and some older engineering in the valley below. 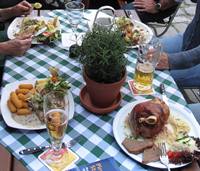 ◄  No way around it, you can eat big in Germany and we never ate bigger than at Wirthaus Refugium in Pirna, a trad looking place with equally trad gigantic serves of German food. It took a big plate to accommodate their pork knuckle speciality.

Pirna was where Johannes Tetzel was born, it was his blatant selling of indulgences – ie pay money to have your sins forgiven – which drove Martin Luther over the edge in 1517.

We’d been travelling around the Saxony region so we kept on bumping up against that Saxon ironman August the Strong (1670-1733), Augustus der Starke in German. We even visited his palace-sized hunting lodge at Moritzburg. 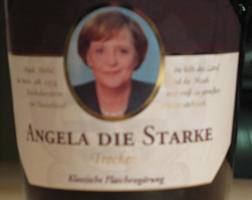 Nearby we took an amusing wine tour at the Schloss Wackerbarth Winery where they’d turned out some specially labelled sparking wine bottles for another German iron-person, Angela die Starke. ► 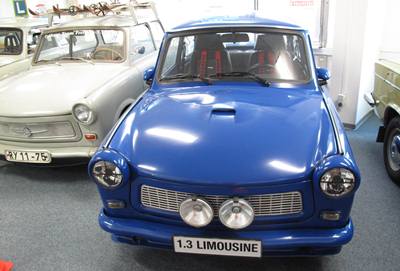 ▲  In the territory of what used to be East Germany you can indulge your ‘ostalgie’ – nostalgia for the east, ‘ost’ in German – at any number of DDR museums. We finally dipped in at the Zeitreise (Time Travel) museum in Radebeul outside Dresden where the Trabi collection included this very hot Trabant Limousine. 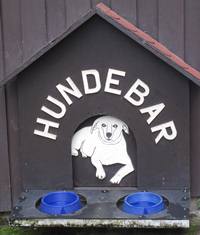 ◄  They look after their dogs – hunde – in Germany and at Bastei I noted this thoughtfully placed Hunde Bar, in case your hunde should be thirsty.

When the two countries merged everything from the east was swept aside and replaced with its western equivalent. But the Ampelmännchen (Little Traffic Light Man) stood up against the invasion and not only continues to direct pedestrians in the east he’ s even begun to infiltrate the west. Apart from at street crossings you can also find him on bags, T-shirts, deckchairs, in snow domes and even on two coffee mugs I brought home. 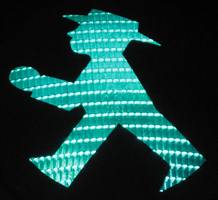 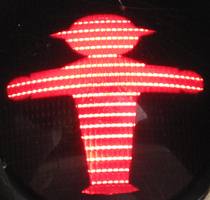