In the west we tend to forget that after its birth in Nazareth, Bethlehem, Jerusalem and those other Holy Land sites in what is today Israel and Palestine, Christianity moved east long before it moved west into Europe. The wonderful churches and monasteries of Armenia predate their European equivalents and they look terrific to boot. 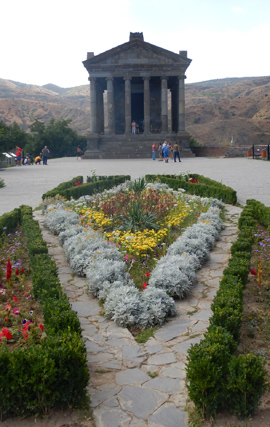 In 2017, driving the Silk Road for four months from Bangkok to London I drove close to the Armenian border shortly before we left Iran and entered Turkey. The Armenian Black Church (Qareh Kalisa) was a trip highlight and I wanted to see more of this unique Armenian architecture. From Yerevan, the Armenian capital, more on that soon, I drove east almost to the closed border with Azerbaijan. My travels took me to a number of wonderful Armenian churches although I only scratched the surface. If I’d had more time in hand I could have visited many more.

◄ Out of town my first stop is at Garni, a first century AD Greek-style temple. It’s nicely situated on the edge of a gorge. Badly damaged in a 1679 earthquake it was rebuilt from 1969 to 1975. 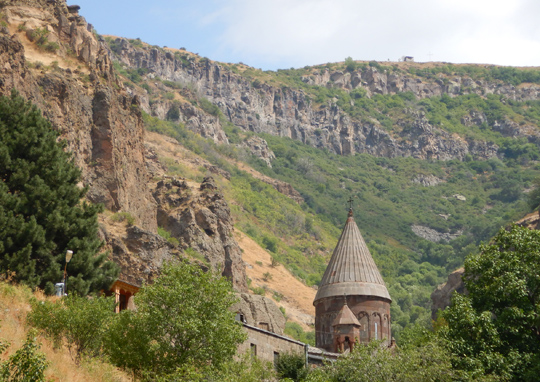 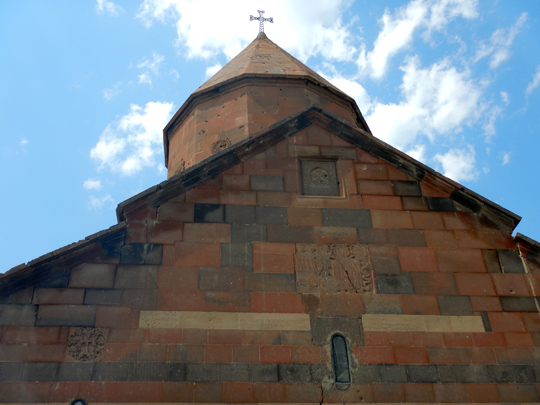 ▲ After those two stops, just east of Yerevan I backtracked towards the capital and then turned south to the Khor Virap Monastery almost on the border with Turkey. The also ‘closed’ border, Armenia does not have good relations with Turkey or Azerbaijan. Khor Virap is backdropped by Mt Ararat in Turkey, Noah’s landing place after the Biblical 40-day-flood. Unfortunately the mountain was a hazy backdrop, when the skies are clear and particularly in winter when it’s snow capped the view can be spectacular. On my Silk Road trip we had wonderfully clear views just before we crossed the border from Iran into Turkey and I commented on passing close to the mountain on that occasion and also 45 years earlier when travelling along the Hippie Trail in 1972. 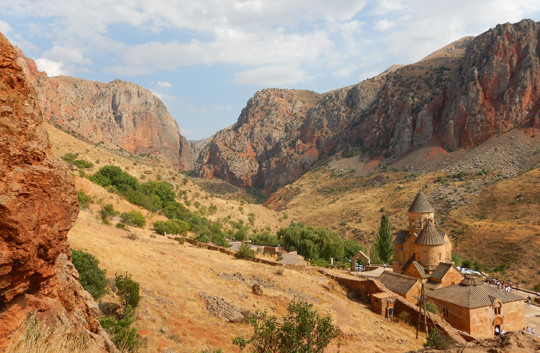 ▲ My next stop was Noravank and yes indeed sunset on the gorge would be great, but once again this is a church which has ‘location, location, location’ as major assets. I climbed a little way up the valley for fine views down on to the monastic complex. It really would be nice to have had more time to walk further and explore here. 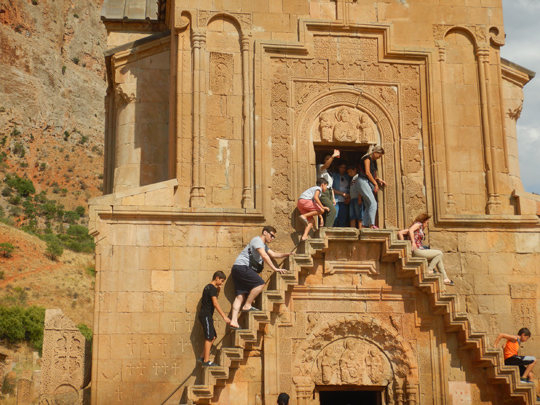 ▲ Noravank also has these precipitous external stairs to the Surp Astvatsatsin (Holy Mother of God) church which lots of people, particularly kids, are keen to climb. Yes, I climbed them too. As I drive back to the main road there was an IBA – Important Bird Area – by the road. I encountered lots of IBAs when I was researching my forthcoming book Islands of Australia for the National Library of Australia. 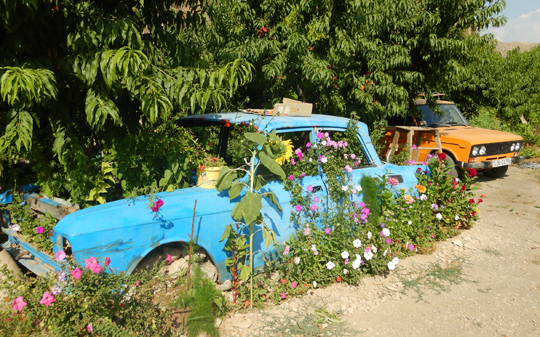 ▲ Back on the main road after Noravank, this old Russian car was an advert for the fruit stand where I stopped to buy some excellent peaches.