I’m in Alaska, shooting another program for the forthcoming LPTV- /National Geographic series The Roads Less Travelled. The 13 part series follows Lonely Planet writers and photographers ‘on the road’ and launches later this year. I worked on the Laos program in the series earlier this year – check my February and March blogs from Laos. 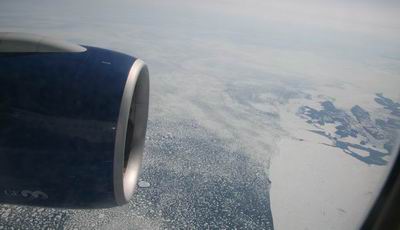 Step one was getting to Alaska and, as usual, the flight from London to the US west coast was brilliant. You fly over Greenland, northern Canada and Hudson Bay and if the weather is clear (and it mostly was) you’ve got a slide show of icebergs, frozen mountains, ice-covered lakes and wild scenery. It’s my favourite introduction to Canada. 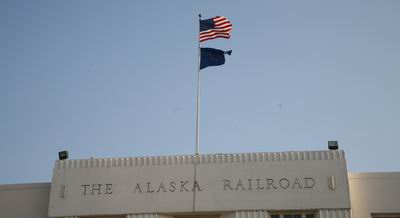 In Seattle I left British Airways and joined Alaska Airways to fly north to Anchorage. Next morning I was at Anchorage’s art deco flavoured railway station for the train to Whittier. Over the next couple of weeks I’ll try to post a bunch of blogs on my Alaskan travels. Amazingly this is the first time I’ve set foot in the 49th state although precisely 50 years ago I was in primary school in Michigan (I spent six years in the US as a kid) when Alaska took the step up from territory to state.