In Melbourne US$55 took me 23km from my home on the far side of the city from the airport on a fast freeway connection.  The only alternative is the A$16 Skybus into the city, so between two people that would be A$32 and you could add another A$15 for another taxi to my place. Total about A$50, say US$45.

In New York it’s a standard US$45 from JFK to anywhere on Manhattan, I was staying at the Standard Hotel  on the other side of Manhattan, 22km by the most direct route. Most trips into Manhattan are not direct,

the traffic is always bad. Add on US$5.50 for the tunnel charge, plus a tip and you’re at US$55. My Pakistani taxi driver was a nice guy, I tipped more.

New York subways can be a daunting experience for first timers, but if you’re up for it you can take the Air Train from JFK airport to the nearest subway station for US$5 and ride into Manhattan on the subway for another US$2, a bargain US$7. In between there are a host of shuttle buses and regular buses.

In London it’s 26km to my place on the airport side of the city and you’re up for £60 (almost US$100) in a standard black cab. Pretty steep, but there are plenty of alternatives. If you prebook a car you can travel in a shiny Mercedes for £35 to Terminal 5, which is less than US$60. 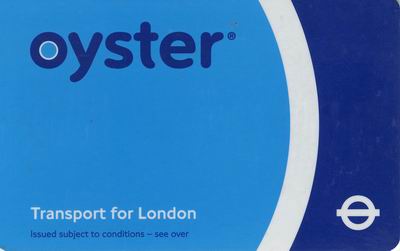 Or you can take the speedy Heathrow Express to Paddington station for £16.50, but for two people plus another taxi from Paddington to my place near Earls Court I’d be up for at least £45 to 50. No bargain. There’s a cheaper train and assorted buses, but the real London bargain is the underground. It can get crowded at rush hours but the cash fare is just £3.20. So for US$5 the tube takes me straight to Earls Court, a stone’s throw from my place. Even better if you have an Oyster Card (something every visitor to London should get immediately, even for a really short stay) the fare drops to £2 during peak hours or only £1.10 at other times. So airport to city in expensive London can be just a couple of bucks! What a bargain.