Flying in to Lusaka, Angola 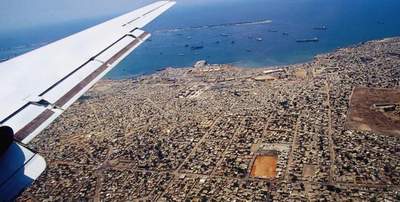 The double foldout of a Virgin Atlantic Airbus A340 in the middle of the book is a highlight, but I like the contrast between glossy, highly polished aircraft and others which look a little oil-streaked, a little timeworn. It would be nice to see a contrasting collection from some developing world airport where the arrivals and departures are nearly all slightly battered airliners past their first world use-by-date, questionable Russian cargo aircraft and the odd executive jet clearly up to no good. When I flew into Lusaka in Angola a couple of years ago the aircraft at that busy airport all fitted one of those descriptions