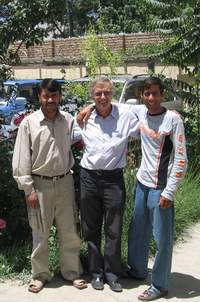 I’m certainly not going to say that visiting Afghanistan is safe and the south of the country (ie Kandahar) is definitely unsafe, although nothing like Iraq. In my two weeks in the country (late May 2006) I travelled very widely, had a great time and had no safety problems at all. I used Afghan Logistics & Tours who were extremely knowledgeable and efficient but also very friendly. Their website details what they can do for you from running standard tours to simply sending you out in a car and booking hotels, flights and so on.

If you do plan to visit Afghanistan, here’s how to do it:

Visas
Afghan visas are perfectly straightforward, they take a bit longer and cost a bit more in the west (in Australia my visa cost A$60). Dubai and New Delhi are popular jumping off points for Afghanistan, in New Delhi visas cost US$30 last time I looked and were in issued in a day or two.

Getting There
Air travel to Afghanistan is getting much easier. Ariana Afghan Airlines is still operating and with some newer aircraft. Indian Airlines and Pakistan International have regular flights and recently they’ve been joined by two new operators. 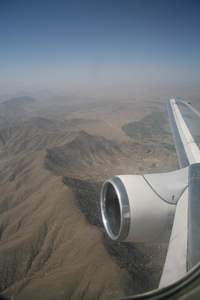 I used Kam Air for my flight from Dubai. They’re Afghan owned and operate Boeing 737-200s (ie fairly old) with predominantly Russian flight crew. They have had one crash already, a bad weather catastrophe on the Herat-Kabul route in 2005, but I thought the aircraft I flew on were quite well kept and the views as you cross Afghanistan are phenomenal. Your local travel agent probably won’t be able to handle Kam Air tickets and they don’t yet have e-tickets. I got my ticket from their website, the ticket was issued (with commendable speed) from Canada, but cost me US$550 return, expensive when they were talking about US$120 one-way Kabul-Dubai in Kabul and the Kabul-Herat flight was only US$75. On the other hand all four Kam Air flights I took were absolutely full, so you don’t want to chance getting a seat.

The other new alternative is Air Arabia, ‘the first low cost carrier in the Middle East.’ They operate out of Sharjah on the Gulf with new Airbus 320s and started flights to Kabul in early May.

The land alternatives need close attention. Arriving from Iran to Herat is generally no problem and there has been a lot of money spent on the border crossing and the road from the border in to Herat. All the borders to the Russian ‘stans’ – Turkmenistan, Uzbekistan and Tajikistan – can be unreliable, check the current situation. The crossing over the Khyber Pass between Peshawar in Pakistan and Jalalabad in Afghanistan can be straightforward but can also be dangerous, check the latest news. As for the southern crossing between Quetta in Pakistan and Kandahar, forget it.

Getting Around
Travel in Afghanistan is either expensive or cheap, there’s no moderately priced middle ground. If you can afford it you can get a good 4WD with an English speaking driver and travel in some comfort, or at least as much comfort as the roads allow. At the other extreme you can pay the same as the locals and travel by bus or share taxis. 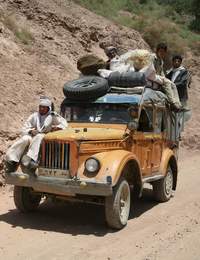 There’s no shortage of taxis (Toyota Corollas) around the towns.

Money
Kabul now has a handful of ATMs which, supposedly, accept foreign cards. Otherwise it’s cash, cash or cash, although moneychangers are easy to find, quick and efficient. US dollars can be used just like local cash in the bigger towns.

Hotels
In the bigger towns there’s an adequate supply of hotels although only in Kabul will you find places up to western standards. Elsewhere it’s wise to be flexible although you can find interesting combinations like internet connections, but squat toilets. Away from the main towns you’ll always find a roof over your head at a chaikhanna (tea house) where accommodation simply means a space on the floor. Bring your sleeping bag. Food
The food is straightforward and seemingly fairly healthy, I didn’t experience even the mildest stomach twinge in my two weeks. You can get a filling meal in a chaikhanna for a couple of dollars. Bottled drinking water is widely available, but tea (black or green) is very much the Afghan drink of choice. Alcohol is available.

Security
Take care, register with your embassy in Kabul and always check the latest buzz from your embassy, hotel, driver or whatever.