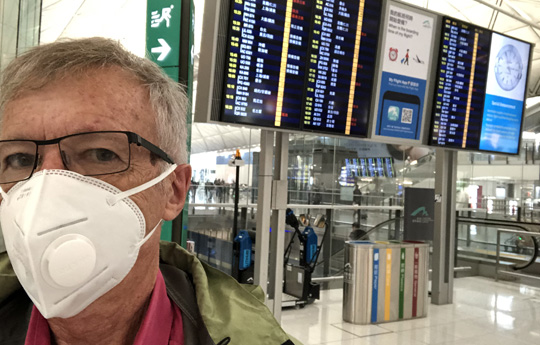 ▲ This one sums up the problem, I was in transit through a very empty Hong Kong airport on my way to Wakayama. On Sunday 16 February the coronavirus hadn’t kicked into high gear. But it soon would.

▲ It looks like it’s going to be a while before I’m looking out of aircraft windows again, so a few views from recent flights. On my way to Hong Kong from Melbourne there were some great views of islands in Indonesia and the Philippines. This is Manipa and Ambon Islands in Indonesia’s Maluku Group 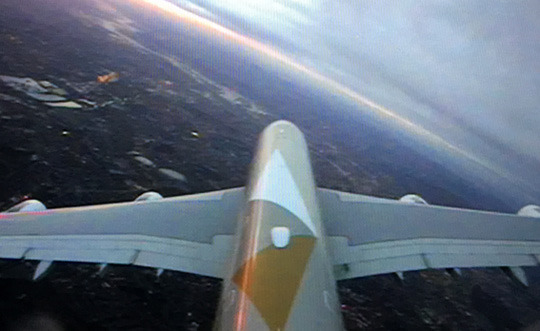 ▲ Less than a month later on 4 March we were still free to travel, that wasn’t going to last much longer as I arrived at London Heathrow on an Etihad Airbus A380. I really like the cameras on Airbus A350s and A380s, this view of London and the Thames River at dawn is from the tail camera. 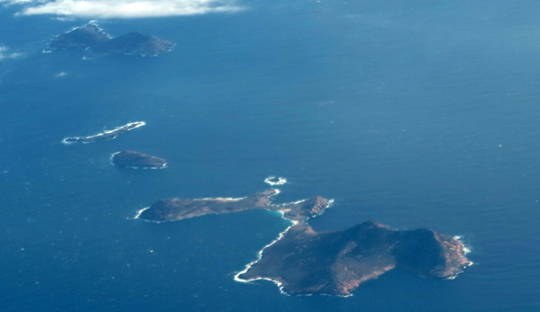 ▲ I also really like when you can identify what you’re flying over, although usually you need more detail than the airline moving maps give you. On my way from Melbourne in Australia to London I noted this island group’s location off South Australia’s Eyre Peninsula. These are the southern islands of the uninhabited Investigator Group, the northern part of the group (for those on the other side of the aircraft) consists of a number of small islets and larger Flinders Island. Curiously it’s not named after explorer Matthew Flinders, he named it after his brother Samuel Flinders. Tasmania’s larger, better known and inhabited Flinders Island is named after Matthew Flinders, but not by Mr Flinders himself. He named the island Great Island, the name was later changed to honour him. From the top of the photograph the islands I saw were Dorothee Island, the most southerly of the group, then the two Veteran Isles and the Pearson Islands, almost joined to larger Ile Meyronnet. At least some sources define it that way, others (including Wikipedia in English at least) ignore Meyronnet and treat it as part of the Pearson Islands. There is an excellent Sea Shepherd report on the Pearson Islands, Sea Shepherd is the operation dedicated to convincing the Japanese that slaughtering whales is not a good idea. Pretty much like most of the world is currently trying to convince the Chinese that slaughtering – and eating – smaller wildlife is not a good idea for any of us. 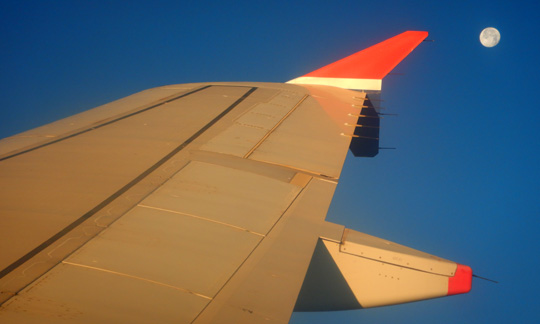 ▲ A week later on 11 March I was on this Yemenia A320 as dawn came up and the full moon hovered over the aircraft’s starboard wing. I’d left Cairo at 2 am, a horrible hour to fly anywhere, on our flight to the Yemeni Island of Socotra. 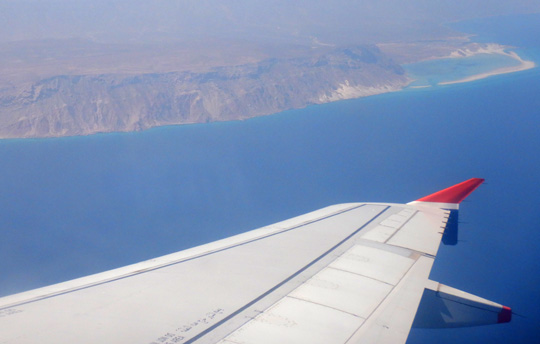 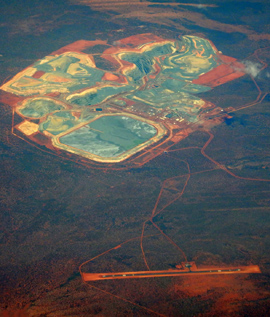 ▲ As we approached Socotra the Qalansiya lagoon and the long sweep of beach which encloses it came into view at the western end of that fascinating island. Sadlly my Socotra trip came to an early conclusion when we were camping at the Qalansiya campsite on that lagoon

◄ Finally, on my way back to Melbourne I spotted this mine site and its nearby airstrip as we crossed Western Australia. The moving map said we were about 300km north-east of the historic Western Australia mining town of Kalgoorlie so it was no problem to find the Tropicana Gold Mine at 29°14’54.97″S 124°32’54.12″E on Google Earth. It opened in 2012.