There’s a fascination about abandoned places and I’ve certainly visited a few of them over the years. Henk Van Rensbergen has made a life out of seeking out some of the world’s stranger – and more photogenic – abandoned places. When he’s not flying 787s for the Dutch arm of the Tui travel company that is. 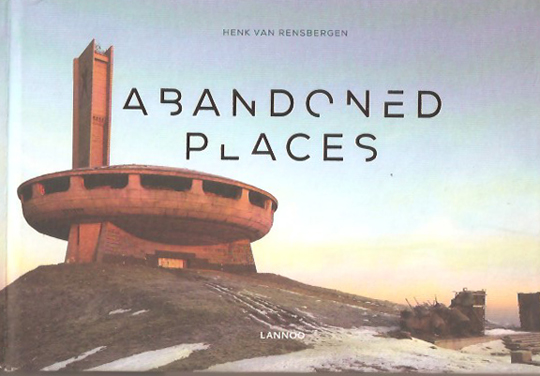 I’ve certainly visited numerous abandoned places over the years. Most recently that’s included a visit to Pripyat, the abandoned town at the heart of the Chernobyl nuclear disaster in Ukraine. A few years ago my Dark Lands explorations took me to the abandoned mining town of Panguna on the island of Bougainville in Papua New Guinea.

▲ And then there’s Detroit, where I lived for several years as a teenager. Remarkably Detroit seems to be bouncing back and a few days ago I chanced on this Detroit Shinola shop in London’s Soho district. Shinola are making trendy leathergoods, bicycles and watches.