100 Places You Will Never Visit

Daniel Smith adds to the list of travel list books – Lonely Planet has certainly done a few of them – with 100 Places You Will Never Visit. In fact some of them you probably won’t want to visit – terrorist would prefer to avoid Guantánamo Bay, ditto for drug smugglers and Bangkok’s Bang Kwang Central Prison, aka the Bangkok Hilton.

At quite a few of them it’s no surprise casual visitors aren’t welcome – the White House’s Oval Room or even better Air Force One, the CIA Headquarters, Fort Knox, Gaza Strip smuggling tunnels, Diego Garcia and so on.

Others are, in fact, open to visitors even if they are a little hard to get to. The new Myanmar capital Napyidaw is a good example. And some of them are definitely on my ‘must do’ list – like the Chernobyl Exclusion Zone, where today regular tours are run. They even provide a Geiger counter. 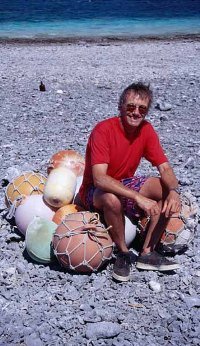 Two of them have been travel highlights for me. The Great Pacific Garbage Patch features in Moby Duck, one of the most enjoyable travel books I’ve read in recent years. I made my own visit to a Pacific garbage central when I visited Ducie Island, one of the four islands in the remote Southern Pacific Pitcairn Island group. The stuff that washes up on Ducie is so interesting that in 1991-92 the Sir Peter Scott Commemorative Expedition studied the flotsam washed up on the island and compared it to what ends up Inch Island, a remote island off Ireland.

They noted the amazing number of Suntory Whiskey bottles and sure enough, when I made my own little walk-around-the-island survey Suntory was the number one whiskey bottle.

Probably the weirdest travel experience of my life was a visit to the North Korea-South Korea DMZ, a piece of military doubletalk if ever there was one because it is definitely not de-militarized. Straddling the border is a blue ‘shed’ where north-south talks are held and as a visitor you can enter the building. Which I did via the door from North Korea, along with two North Korean soldiers to stop me from trying to make a break to the south via the door at the other end. 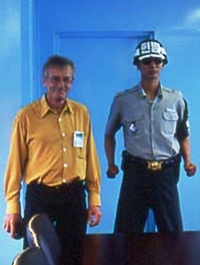 A year later I came back and re-entered the building from the southern door, this time with a South Korean soldier to stop me trying to escape to the north. The two doors – north and south – were effectively thousands of km apart.

Other places you might not find so easy to visit? Try the wonderful Atlas of Remote Islands – subtitled ‘Fifty Islands I Have Never Set Foot On and Never Will.’ I’ve been to five of them and the book has recently been republished in a pocket-sized edition.